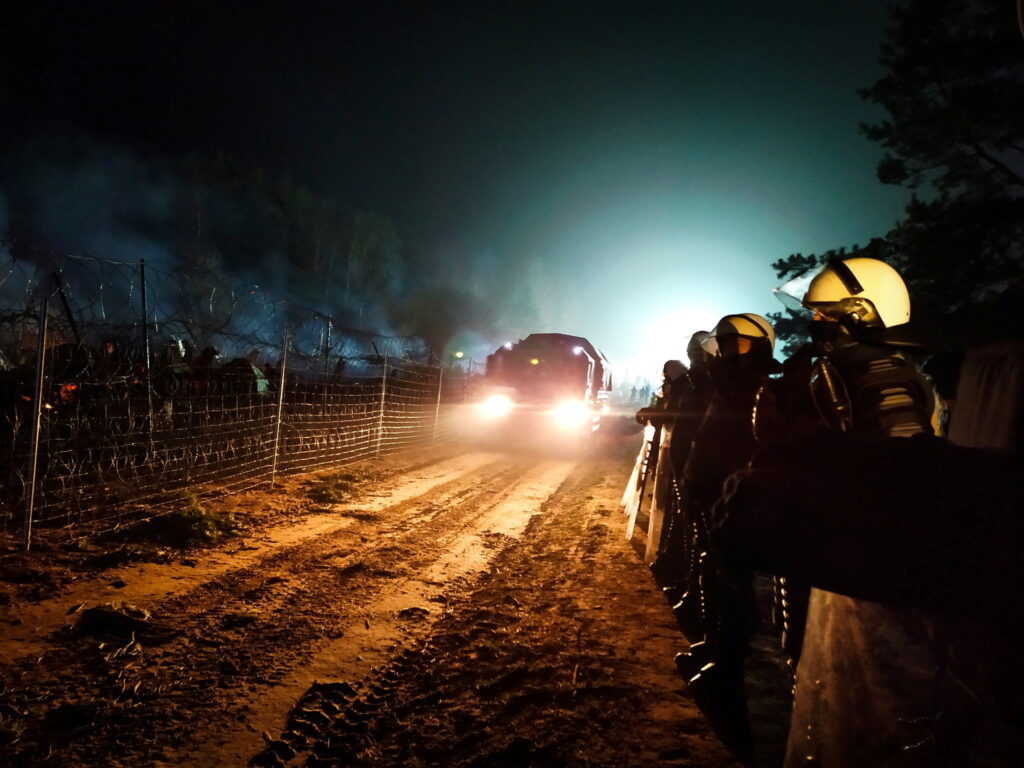 The European Union accused Belarus of mounting a “hybrid attack” on the bloc by encouraging thousands of migrants fleeing poverty and war-torn areas to try to cross into Poland, and is gearing up to impose new sanctions on Minsk.

Trapped between two borders, the migrants are enduring freezing weather in makeshift camps.

The Polish Border Guard said on Friday on Twitter there had been 223 attempts to illegally cross the border on Thursday.

Two incidents in the evening involved larger groups – one near Kuznica Bialostocka where the Belarusian army tried to push some 35 people, mostly women and children, to the Polish side, and another including a group of around 100 migrants near Polowce, the local police said.

President Andrzej Duda went to the border late on Thursday, when Poland celebrated its Independence Day.

“I would like to thank all the Soldiers, Policemen, Border Guards and everyone who serves on our border,” he wrote on Twitter. “They protect our safety with their dedicated service. Praise and gratitude to them!”

Countries bordering Belarus on Thursday warned that the migrant crisis could escalate into a military confrontation while Ukraine said it would deploy thousands more troops to reinforce its frontier.

Presidents of Lithuania, Latvia and Estonia will meet on Monday in Vilnius to discuss the crisis and will speak with Duda via a video link, Lithuanian president’s office said on Friday.

Russia, an ally of Belarus, traded barbs with Western members of the U.N. Security Council over the crisis, with Russia’s deputy U.N. envoy suggesting his European colleagues have “masochist inclinations.”