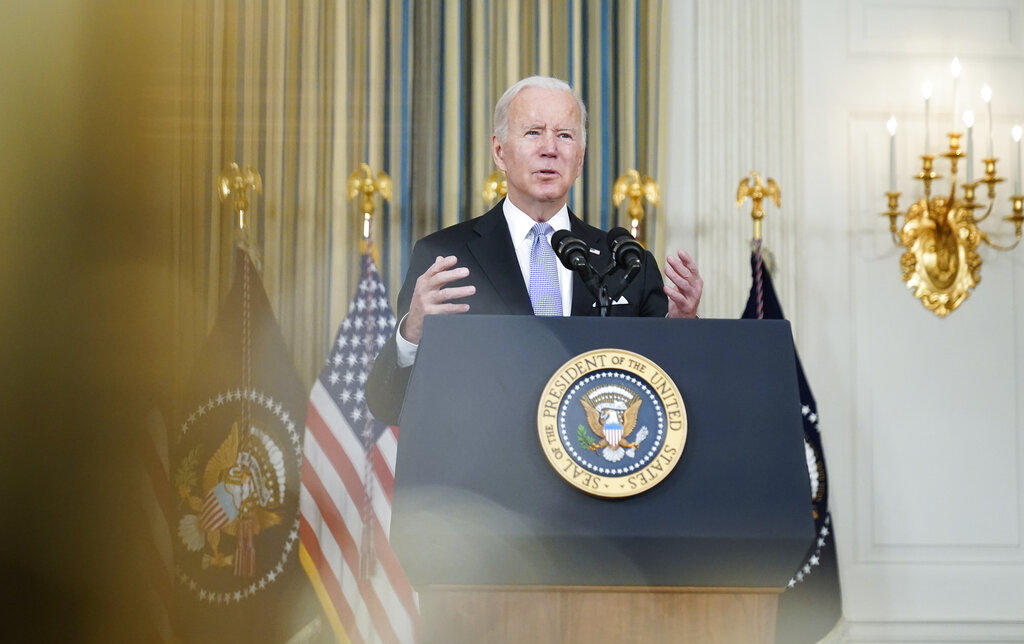 Americans rolled out the red carpet last week for sweeping Republican wins across the country. From Virginia to Seattle to New Hampshire, across New York suburbs and beyond, Republican candidates triumphed in races for governor, Mayor, judge, city council, the school board and more.

Independents and Democrats joined Republican voters to push back against Democratic candidates and win huge upsets and near victories that broadcast reproof of a woke culture run amok. Fed up with policies inimical to patriotic and common-sense Americans, voters exercised their own means of canceling and censured would-be Democrat leaders at the voting booth.

The Republican sweep of blue states was not just a referendum on and a repudiation of the Biden administration. Historically, the party in control of the White House loses in midterm elections. But this was not a midterm election; it is not even a year into Biden’s presidency. And the Democrats control both houses of Congress. This was an utter rejection of the forces leading the Biden administration — not the other way around.

This explains why Biden’s incredibly low approval rating of 42% coincides with an NBC News poll indicating that 71% of Americans believe the United States is heading in the wrong direction. A concurrent Rasmussen poll reveals that a full 72% of Americans agree that “cancel culture has gotten out of control.”

But the same delusion driving progressives regarding the efficacy of Marxist policies, which have failed the world over for more than a hundred years, is exhibited now regarding interpretation of last week’s events. While some moderate Democrats are incorporating the election’s lessons, the left-wing is instead doubling down.

In a burst of tone-deaf rhetoric, AOC blamed the Democratic loss in Virginia’s gubernatorial election on Terry McAuliffe, himself a progressive poster boy, for failing to “energize a progressive base.” And asked if McAuliffe’s loss would affect the Democrats’ agenda, currently characterized by multi-trillion-dollar social spending bills, Speaker Pelosi told reporters, “No, no.”

This self-destructive reaction is manna to Republicans setting their sights on 2022. But it should also be instructive to those outside the U.S. As America’s ally in the Middle East, Israel needs to internalize the lessons of November 2nd too.

The anti-Israel pronouncements and actions of America’s progressives have demonstrated that their policies are not compartmentalized. Progressives reserve the privilege through “intersectionality” to pick and choose those they deem to be oppressed, such as the Palestinians. And their antisemitic rallying call “Free Palestine” is as dear to them as “Defund the Police,” “Tax the Rich” and “Abolish ICE.” There is no reason to suppose they will forfeit any of them despite last week’s election results.

Furthermore, hoping to change a mindset among people blind to their own warped visions and failings is a losing proposition. The same people who sought to block funding of the Iron Dome, castigated Israel during their defensive battle against Hamas, and support BDS, continue to demand opening a Palestinian consulate in Jerusalem, insist on freezing settlement building, condition aid to Israel, and seek to rejoin the JCPOA.

The very day after the Republican landslide, Deputy Secretary of State for Management and Resources Matt McKeon confirmed that the Biden administration is seeking to reopen the U.S. Consulate for Palestinians in Jerusalem. He added, “We still regard Jerusalem as a final-status question.” This, despite Israel’s apparent intractable position on it and a letter sent to Biden by more than 200 House Republicans strongly advising against it.

Even more ominous was the State Department announcement that very same day by its spokesman Ned Price that the U. S. would resume nuclear negotiations with Iran at the end of the month. It seems that all of Prime Minister Bennett’s protestations to the contrary were of no avail.

But then, Bennett’s and Foreign Minister Lapid’s conciliatory approach toward the left was ill-fated from the beginning. The two stressed that one of their key priorities upon gaining control was to restore ties with an “angry” Democratic Party and repair the relationship between Israel and American Jewry.

But Jews in the Diaspora, constituting most of the non-Orthodox, who align themselves with the progressive wing of the Democratic Party are two sides of the same problem. And making nice to either of them only results in more hostilities towards Israel. Worse, even if some American Jews choose to wear the armor of the most extreme social justice warriors, they cannot defend themselves from the revile of their ideological compatriots.

Progressives exhibit a proclivity for eating their own when it comes to Jews. Last month, Sunrise DC, an environmental advocacy group, boycotted a voting rights rally and called for the removal of three progressive Jewish groups. They were the National Council of Jewish Women, the Reform’s Religious Action Center, and the Jewish Council for Public Affairs. Their reason? Ties to Israel. More simply put — they’re Jewish.

Despite this one example of many, Bennett busies himself with “bringing a new spirit of cooperation,” as he declared before his last trip to the U.S., advancing political and religious pluralism both in Israel and America. In the U.S., that means outreach to Democrats and the largely secular and progressive Jewish Diaspora. In Israel, it means encouraging religious pluralism at the Kosel and allotting NIS 40 million (around $12.8 million) to Reform and Conservative groups through a newly established Department for Progressive Judaism.

This lopsided approach of choosing people over policy can end up being as destructive as it is shortsighted. Notwithstanding the benefits of cultivating bipartisan support for Israel, it risks placing Israel on the wrong side of a culture and political war in America that is already having ramifications across the ocean. Nikki Haley made that clear this weekend in her rebuke to AIPAC, “If you make bipartisanship your whole reason for existence, then you lose sight of the policies you’re fighting for in the first place.”

Last week, American voters crossed party lines to choose policy over people. As the policies of the currently controlling Democratic Party persist leftward, it is a trend we hope will continue. And it is a lesson that the Bennet coalition would be wise to learn.