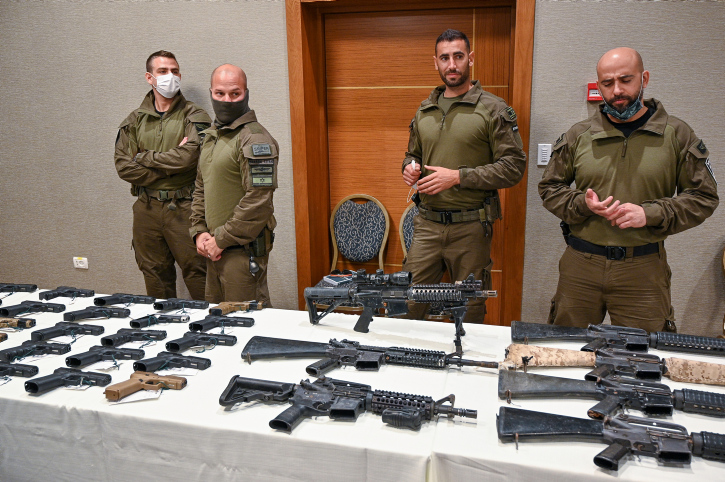 Israel Police announced on Tuesday that they have just completed the biggest sweep of illegal weapons in the country’s history.

In overnight raids, some 64 of the most important illegal arms dealers in the country were arrested along with 40 rifles, 13 pistols, two machine guns, and explosive devices.

The operation involved 1,600 officers deployed in 25 Arab communities, in the north and central regions.

The crackdown was the culmination of a year-long operation in which a former criminal turned undercover agent penetrated the illegal arms trade in the Arab community, police said in a statement.

Investigators believe most of the weapons came from Yehuda and Shomron, after being smuggled into the country from Lebanon and Jordan. The rest were stolen from Israeli army bases.

More arrests are expected later in the day, Channel 12 reported.

Prime Minister Naftali Bennett hailed it in a visit to Police Headquarters in Tel Aviv: “This morning, the Israel Police completed Operation Ocean, an operation of unprecedented scope to seize weapons and munitions in the Arab sector. This was a sophisticated and daring operation and I would like to commend the Inspector General, the Public Security Minister, the district commander and all those who were part of the process.”