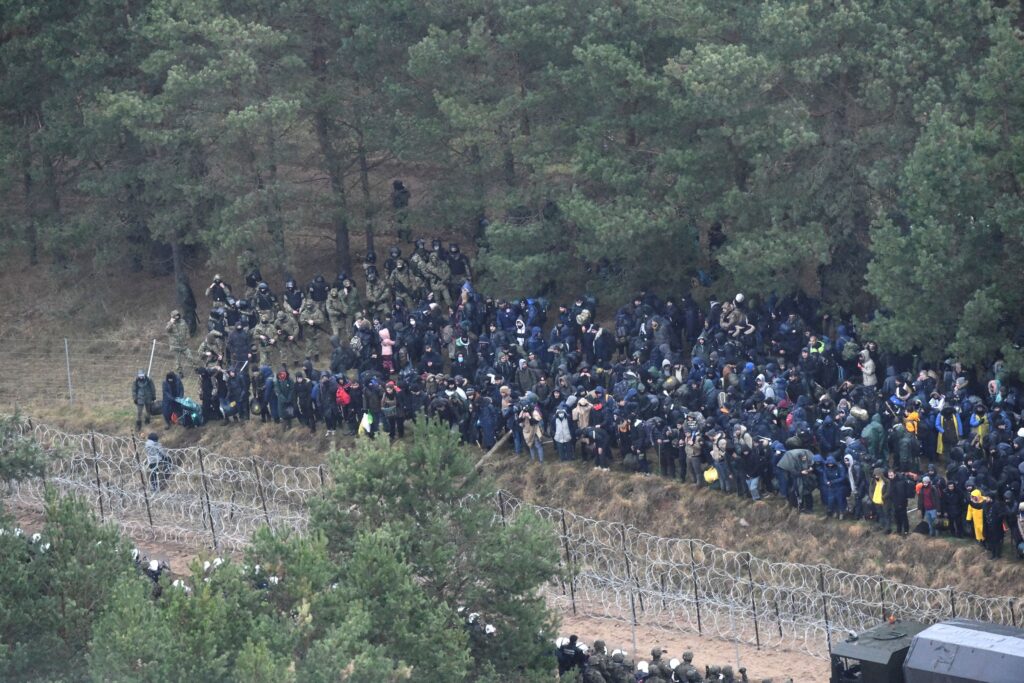 The European Union is close to imposing more sanctions on Belarus, targeting some 30 individuals and entities including the foreign minister and Belarusian airline Belavia, with approval as early as next week, three EU diplomats said.

The EU and NATO accuse President Alexander Lukashenko of using migrants as a weapon to pressure the West by sending people fleeing the Middle East to Minsk and then onto the borders of Poland and the Baltic states.

The new round of sanctions is set to target Belarusian officials that the EU says have organised the migrant arrivals in revenge for sanctions on Minsk over human rights abuses.

On Wednesday, in a crucial step, the EU’s 27 ambassadors are set to formally agree that the swelling numbers of migrants along Belarus’ border with Poland amount to “hybrid warfare” and can serve as a legal basis on which to build sanctions.

Minsk denies any such operations and rejects all Western accusations of wrongdoing. Sanctions on senior officials have so far not been effective in weakening the rule of Lukashenko, who has been in power since 1994 and is a close ally of Moscow.

The fifth package of asset freezes and travel bans on Belarusian state officials and businesses would be the EU’s latest response to an worsening stand-off with Belarus over what the West and the Belarus opposition was a rigged presidential election in August 2020 by Lukashenko.

EU officials including European Commission President Ursula von der Leyen are calling for even tighter measures, including on international airlines accused of flying migrants into Minsk, who are then transported to the Belarusian border.

Foreign Minister Vladimir Makei, who defended Belarus’ record at the United Nations General Assembly in September, is one senior official set to be sanctioned because his ministry is accused of handing out Belarusian visas to non-EU nationals, notably Syrians and Iraqis, diplomats said.

The EU has banned state-owned airline Belavia from EU airspace and EU airports after Minsk forced a Ryanair flight to land to arrest a Belarus opposition journalist. Now, direct sanctions on the airline would prevent it from being able to lease aircraft from Irish, Romanian and Danish companies.

However, there is debate in the EU over whether the sanctions should only apply to new leases or existing contracts.

More sanctions this month would take the total number of people under asset freezes and travel bans in Belarus to almost 200 people – including Lukashenko and his sons – as well as more than a dozen institutions and companies.