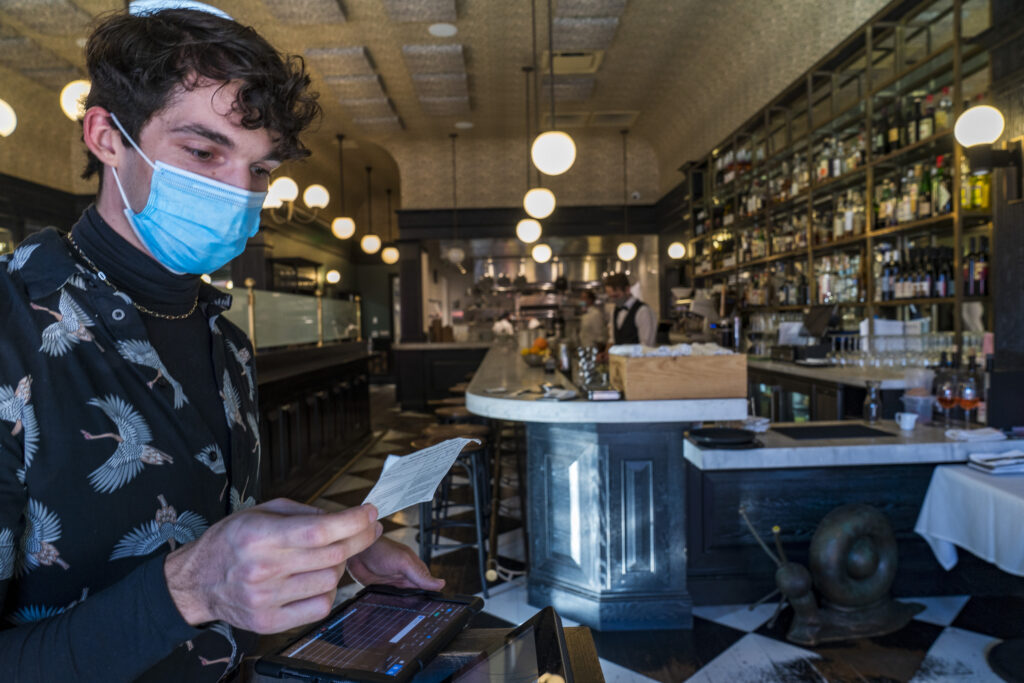 Los Angeles’s vaccine mandate, among the strictest in the country, took effect Monday. It requires proof of shots for everyone entering a wide variety of businesses from restaurants to shopping malls to hair salons.

Los Angeles is among a growing number of cities across the U.S., including San Francisco and New York City, requiring people to show proof of vaccination to enter various types of businesses and venues. But rules in the nation’s second-most-populous city, called SafePassLA, apply to more types of businesses and other indoor locations including museums and convention centers.

They are being implemented as new cases have started inching up following a sharp decline from an August peak driven by the Delta variant.

This was the time of year in 2020 when the worst spike of the pandemic was just beginning in California, which by January saw an average of 500 people die every day. Los Angeles became the state’s epicenter and its hospitals were so overloaded with patients that ambulances idled outside with people struggling to breathe, waiting for beds to open.

So many people died that morgues reached capacity and refrigerated trucks were brought in to handle the overflow. That stark scene played out as coronavirus vaccines arrived and California and Los Angeles moved aggressively to inoculate people.

Among LA county’s roughly 10 million people, 80% of eligible residents now have received at least one COVID-19 vaccine dose and 71% of those eligible are fully vaccinated, according to public health officials.

To guard against anything resembling the January carnage, the LA City Council voted 11-2 last month for the ordinance that requires people 12 and older to be fully vaccinated to enter indoor public spaces including sports arenas, museums, spas, indoor city facilities and other locations.

Negative coronavirus tests within 72 hours of entry to those establishments would be required for people with religious or medical exemptions for vaccinations. Customers without proof can still use outdoor facilities and can briefly enter a business to use a restroom or pick up a food order.

While the order took effect Monday, city officials say they won’t start enforcing it until Nov. 29 to give businesses time to adjust. A first offense will bring a warning but subsequent ones could produce fines running from $1,000 to $5,000.

Los Angeles Mayor Eric Garcetti, who tested positive for the coronavirus last week while attending the United Nations climate change conference in Scotland, said the mandate will encourage more people to get shots and make businesses safer for employees and customers.

“Vaccinating more Angelenos is our only way out of this pandemic, and we must do everything in our power to keep pushing those numbers up,” Garcetti said.

Business trade groups say the mandate will sow confusion because Los Angeles County’s own vaccine rules — which apply to dozens of surrounding communities — are less sweeping. Cities are allowed to pass rules more stringent than the county’s.

“There’s a tremendous lack of clarity,” said Sarah Wiltfong, senior policy manager at the Los Angeles County Business Federation. For example, most retail shops are exempt. “But shopping malls and shopping centers are included, which of course includes retail shops,” she said.

Harassment of workers who are tasked with verifying vaccination is the top concern of the business federation’s members, Wiltfong said.

“This puts employees in a potential position of conflict, when they’re not necessarily trained to handle situations like that,” she said.