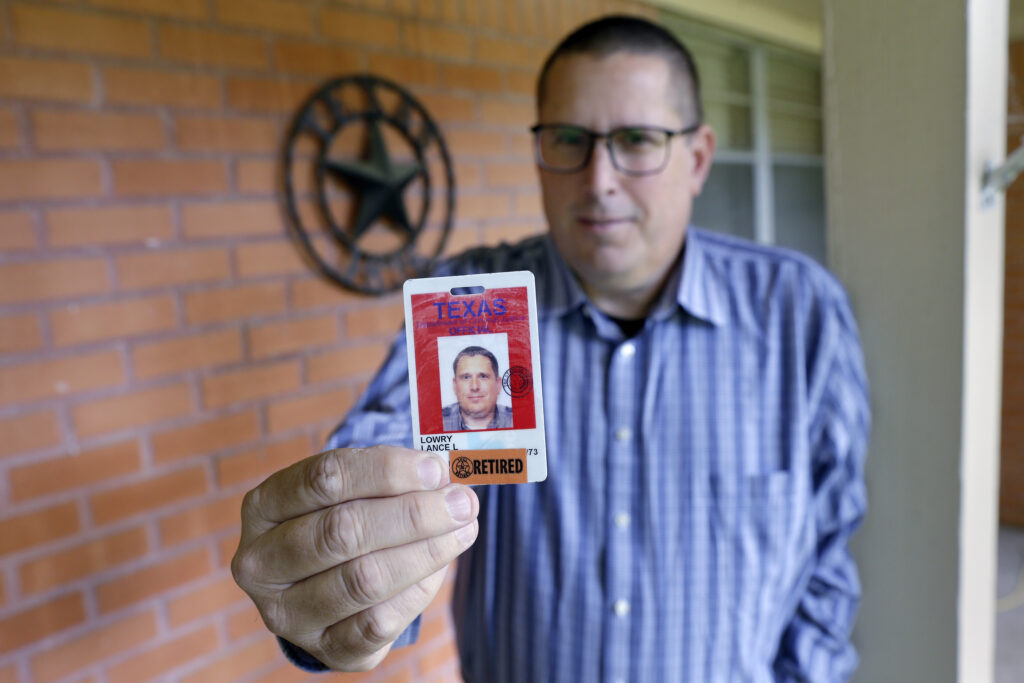 In Texas, Lance Lowry quit after 20 years as a corrections officer to become a long-haul trucker because he couldn’t bear the job any longer. Watching friends and coworkers die from COVID-19, along with dwindling support from his superiors, wore on him.

Staff shortages have long been a challenge for prison agencies, given the low pay and grueling nature of the work.

But the coronavirus pandemic — and its impact on the labor market — has pushed many corrections systems into crisis. Officers are retiring and quitting in droves, while officials struggle to recruit new employees. And some prisons whose populations dropped during the pandemic have seen their numbers rise again, exacerbating the problem.

There is no one thing pushing prison employees out in high numbers now. Some are leaving for new opportunities as more places are hiring. University of Michigan economist Betsey Stevenson pointed to the increased risk of COVID-19 for people working in prisons.

“When jobs become riskier, it becomes harder to attract workers,” she wrote in an email. “By failing to protect prisoners from COVID, the criminal justice system not only created an unfair risk of severe illness and death for the incarcerated, but the increased COVID risk to employees has undoubtedly contributed to staffing shortages.”

Unions representing prison officers in states including Massachusetts and California and at the federal level also claim vaccine mandates will drive out unvaccinated employees and exacerbate understaffing, though it’s unclear how big of an impact those rules will have.

“There are dozens of reasons to leave and very few to stay,” said Brian Dawe, national director of One Voice United, a nonprofit supporting corrections officers. “Understaffing, poor pay, poor benefits, horrendous working conditions. … Officers and their families in many jurisdictions have had enough.”

Employers from construction companies to restaurants are having difficulty hiring and keeping people. Nearly 3% of American workers, 4.3 million, quit their jobs in August, according to new data from the U.S. Bureau of Labor Statistics.

But the stakes are higher in prisons, where having fewer guards means significantly more dangerous conditions for incarcerated people. And for the officers left behind, worsening shortages have made an already difficult job unbearable, many say.

In Georgia, some prisons report up to 70% vacancy rates. In Nebraska, overtime hours have quadrupled since 2010, as fewer officers are forced to work longer hours. Florida has temporarily closed three prisons out of more than 140 because of understaffing, and vacancy rates have nearly doubled there in the last year. And at federal prisons across the country, guards are picketing in front of their facilities over understaffing, while everyone from prison teachers to dentists is pulled in to cover security shifts. In recent weeks, reporters from The Marshall Project and The Associated Press have spoken with workers, officials, attorneys and people incarcerated in more than a dozen prison systems to understand the consequences of the staffing shortfalls.

The federal Bureau of Prisons says about 93% of its front-line guard positions are filled, with little more than 1,000 vacancies, though workers in many prisons say they’re feeling the pinch as others are conscripted to fill in for missing officers.

Inside prisons, growing shortages mean a rise in lockdowns. Restrictions that might have begun as a way to stop the spread of COVID-19 have continued because there aren’t enough guards to supervise activities. Some incarcerated people say they can’t take classes, participate in group therapy sessions or even work out in the recreation yard or take a shower. That can force those in general population into de facto solitary confinement, and those already in segregation into near-total lockdown.

Kansas has cut job training and reduced supervision for people after they’re released. Two-thirds of the men in Nebraska’s prisons can’t see visitors on the weekends — when most families are free to travel — because of understaffing.

Dr. Homer Venters, a former chief medical officer for the jail system in New York City, inspects conditions in prisons around the country for court cases. Understaffing will lead to an increase in preventable prison deaths, he said, as the quality of care reaches new lows.

“Things are much worse behind bars now than they have been for a long time,” Venters said. “There are so many staff that have left. That means that basic clinical services, like getting to scheduled appointments, just isn’t happening the way it was even five years ago.”