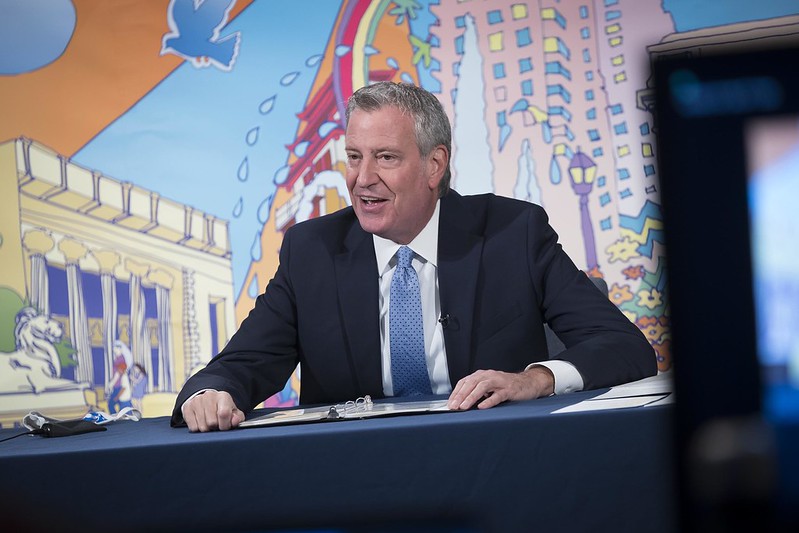 New York City Mayor Bill de Blasio has taken a step to enable him to begin raising funds for a run for governor of New York State.

De Blasio has governed as a progressive, which may make it difficult to attract upstate voters, who tend to be more conservative.

Gov. Kathy Hochul and Attorney General Letitia James, who could make history as the first Black woman to hold the office, have already declared their candidacy for the governorship. Public Advocate Jumaane Williams is considering running as well.

“New York City as a whole represents about 55% of the votes statewide, but it’s important that everyone gets to know me and my record,” James said.

James, Williams and de Blasio – who all come from Brooklyn – might split the progressive candidate vote, allowing for Hochul or Nassau County Congressman Tom Suozzi to win a Democratic primary.

According to a Sienna College Poll, Mayor de Blasio ranks at the bottom of the Democratic primary, and was less popular than former Gov. Andrew Cuomo and former President Donald Trump.