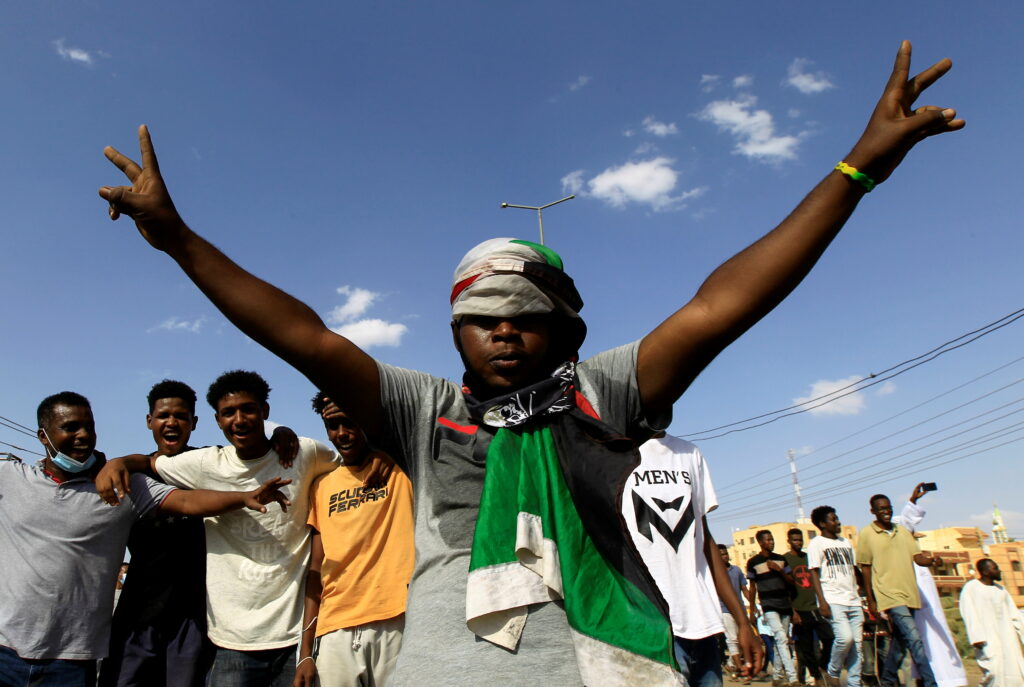 The U.N. secretary-general urged Sudan’s generals on Sunday to reverse their takeover of the country, a day after tens of thousands of people took to the streets in the largest pro-democracy protest since last week’s coup.

Antonio Guterres said the generals should “take heed” of Saturday’s protests. “Time to go back to the legitimate constitutional arrangements,” he said in a post.

He was referring to a power-sharing deal that established joint military-civilian rule following the ouster of longtime autocrat Omar al-Bashir and his Islamist government in April 2019.

Guterres expressed concern about violence against protesters on Saturday, calling for perpetrators to be held accountable.

At least three people were shot dead when security forces opened fire on protesters in Omdurman, a city adjacent to the capital of Khartoum. A doctors’ union also said more than 110 people were injured by live rounds, tear gas and beatings in Omdurman and elsewhere in the country.

With Saturday’s deaths, the overall number of people killed since Monday’s coup rose to 12, according to the Sudan Doctors’ Committee and activists. More than 280 others were injured over the past week.

The coup came after weeks of growing tensions between the military and civilians, and the generals had repeatedly called for dissolving the transitional government.

Gen. Abdel-Fattah Buhran, who led the coup, has claimed that the takeover was necessary to prevent a civil war, citing what he said were growing divisions among political groups. However, the takeover came less than a month before he was to have handed some power to a civilian.

He also claimed that the transition to democracy would continue, saying he would install a new technocrat government soon, with the aim of holding elections in July 2023.

But the pro-democracy movement in Sudan fears the military has no intention of easing its grip, and will appoint politicians it can control.

Meanwhile, the U.N. mission for Sudan is working to facilitate dialogue between the military and civilian leaders.