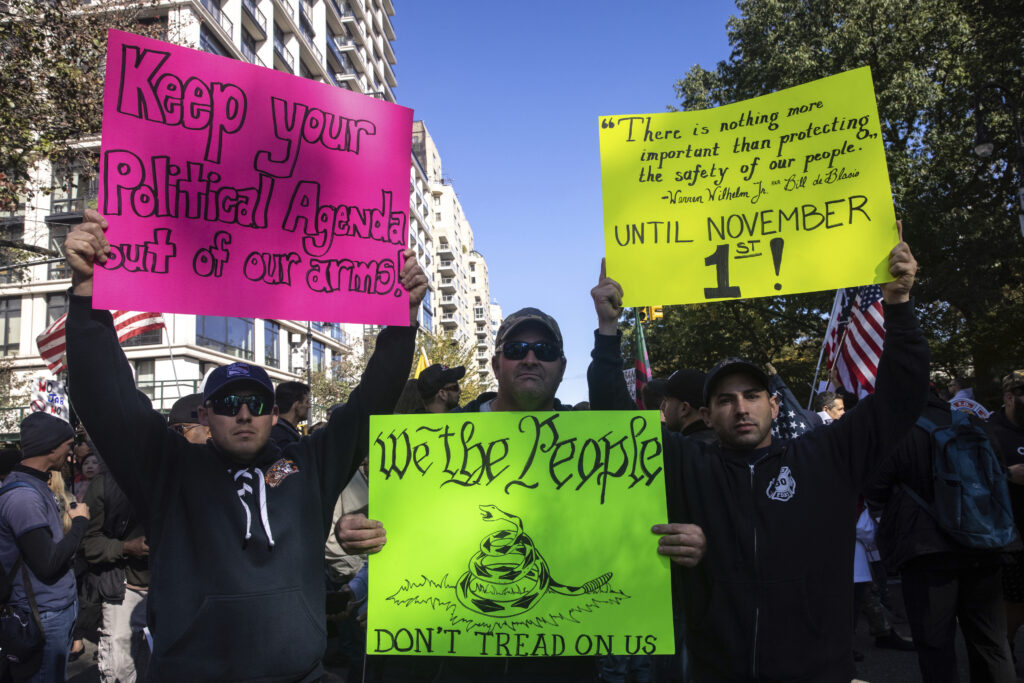 A federal appeals panel on Friday upheld New York state’s vaccine mandate for health-care workers, rejecting arguments by lawyers for doctors, nurses and other professionals that it did not adequately protect those with religious objections.

The ruling by the 2nd U.S. Circuit Court of Appeals in Manhattan reversed a decision by an upstate judge who had temporarily blocked vaccination requirements on the grounds that the mandate did not accommodate religious exemptions.

In a brief order, a panel of three 2nd Circuit judges also upheld a ruling by a Brooklyn judge who had found the mandate constitutional.

The appeals court said a written decision would follow at a later date.

Attorney Cameron Lee Atkinson, who argued before the appeals panel, said late Friday that he’s already drafting an appeal to bring to the U.S. Supreme Court. Earlier on Friday, that court rejected the appeal of a similar mandate in Maine that also does not allow for a religious exemption.

He named three plaintiffs, all nurses, who he said had refused to get vaccinated and “refused to buy one-way tickets to hell on the hysteria express.”

“We remain optimistic that the United States Supreme Court will strike down New York’s discriminatory mandate as violating the First Amendment,” he added.

In a statement, Gov. Kathy Hochul, a Democrat, commended the ruling, saying she had pledged to “take bold action to protect the health of all New Yorkers.”

The appeals judges made clear during Wednesday arguments that they were likely to uphold the mandate.

They ordered a Utica federal judge who had ruled that the mandate violated workers’ Constitutional rights to change his findings to conform with the appeals decision.

In an August order, the state required at least a first shot for health-care workers at hospitals and nursing homes by Sept. 27, and more recently expanded the requirement to include workers at assisted living homes, hospice care, treatment centers and home health aides.

Atkinson said Friday that Wu’s claim that religious exemptions can be allowed was the state’s attempt to try to mend the mandate’s flaw “on the fly during litigation.” He said he had not heard that claim before.

The Christian plaintiffs oppose the vaccine’s use of fetal cells as a matter of religious conviction.