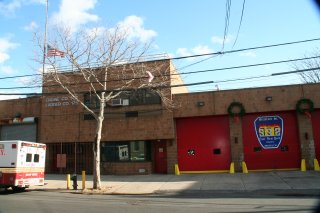 According the the Uniformed Firefighters Association, 26 fire stations across New York City’s five boroughs have been closed temporarily due to personnel shortages caused by unvaccinated firefighters.

Mayor Bill de Blasio gave a deadline of 5:00 p.m. Friday, October 29, for the first responders to receive at least one shot of a Covid vaccine. Those who did not get vaccinated by that time were placed on unpaid furlough.