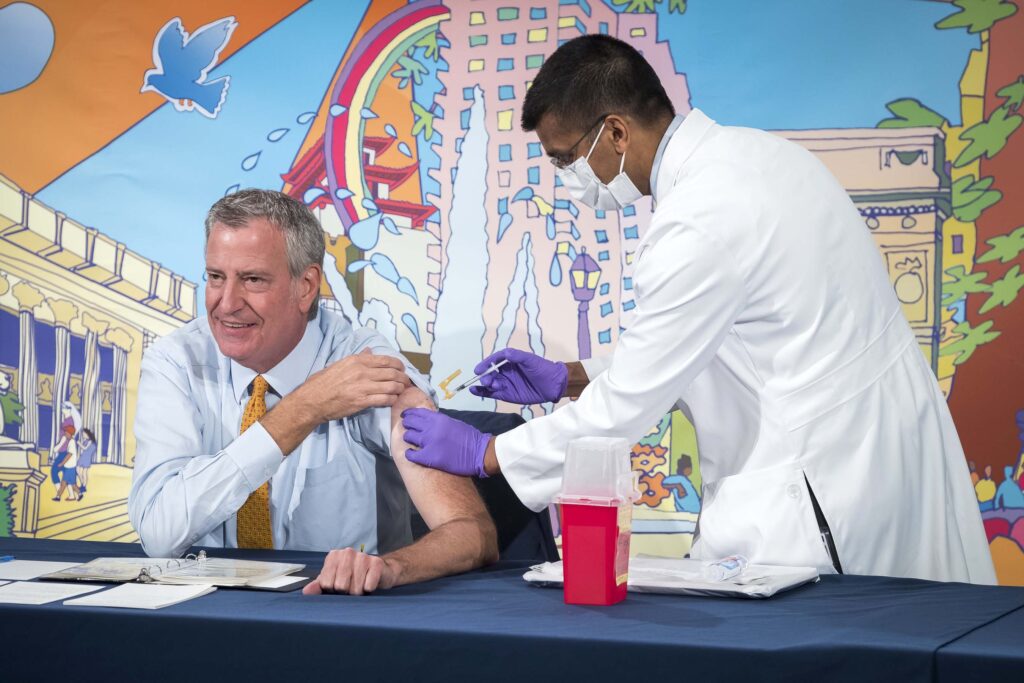 The two Democrats, who received their shots at different events, were eligible because they had each received the single-dose Johnson & Johnson vaccine earlier this year.

“Give me a boost, Dave,” de Blasio said.

Hochul, 63, got her Moderna booster at public ribbon cutting at the Decker College of Nursing and Health Sciences in Johnson City, near Binghamton.

“Didn’t even feel a thing,” she said to applause.