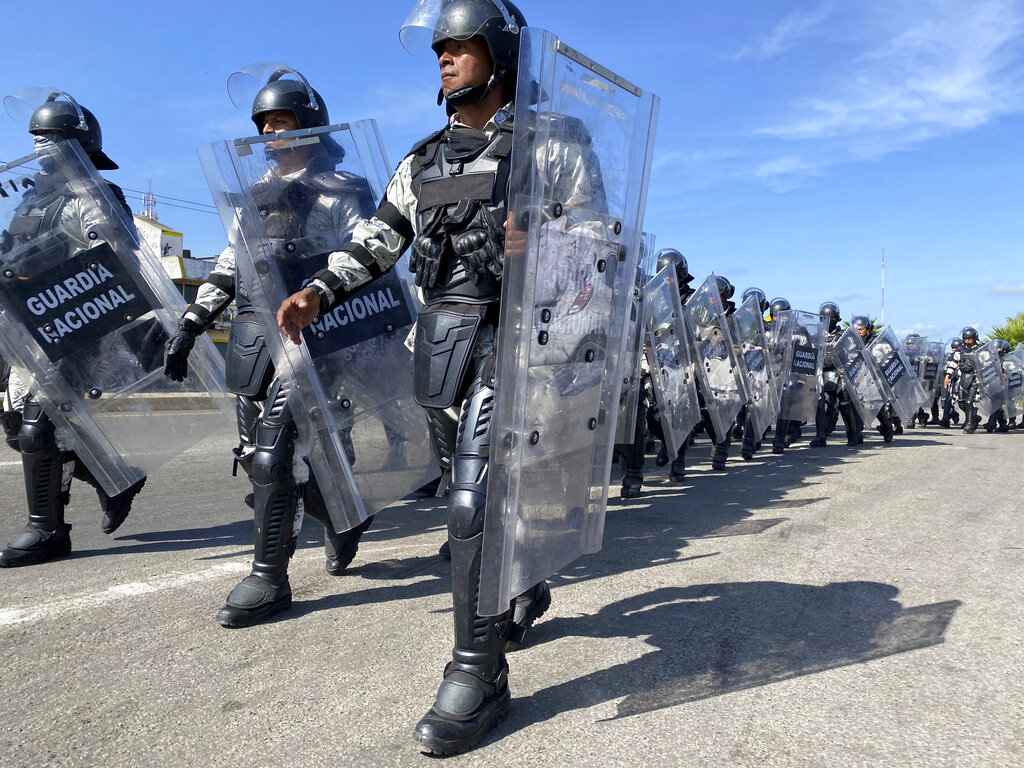 A caravan of migrants pushed past Mexican security forces near the city of Tapachula in Southern Chiapas state on Saturday, as the group continued its route north toward the country’s capital.

The group of several thousand people, including women and children, pushed past national guard clad in riot gear that had attempted to block the group’s passage, footage from local news outlets showed.

While some migrants could be seen carrying banners addressing U.S. President Joe Biden’s immigration policies, one caravan organizer said some of the migrants were marching because of lack of resources and opportunities Mexico has provided for immigrants, video posted on Twitter showed.

U.S. officials encountered more than 1.7 million migrants crossing the border with Mexico over the past year, a record number that likely includes people making repeat attempts to cross the border.