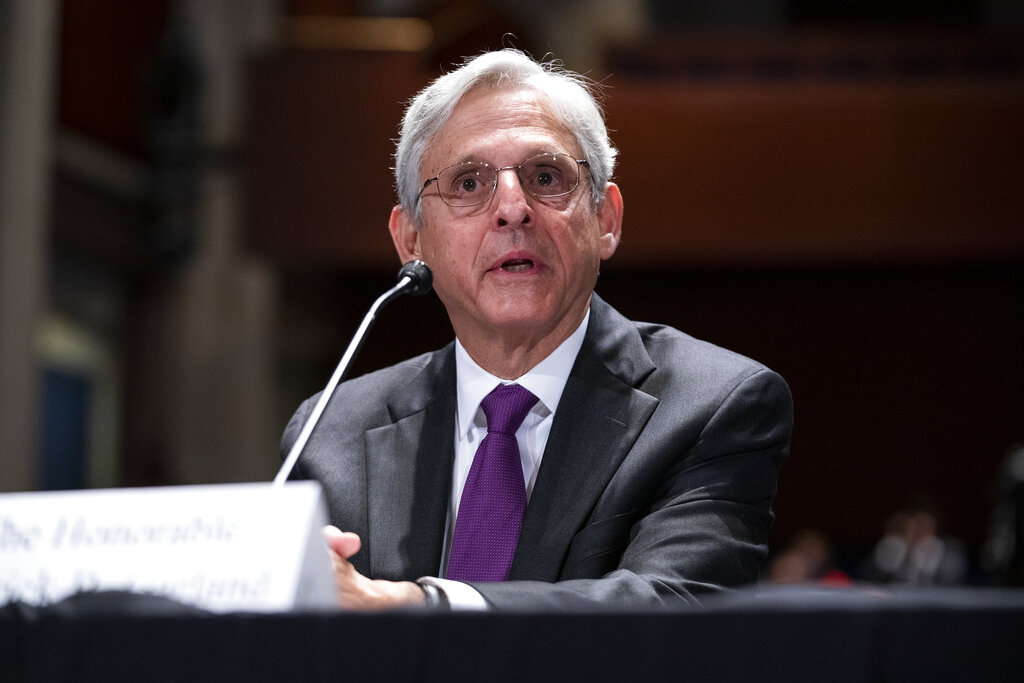 Attorney General Merrick Garland defended himself Thursday from Republican criticism of a directive he wrote about school board meetings, saying the Department of Justice simply wants to examine and curtail possible violence, not squelch or intimidate parents angry about curriculums or pandemic-era rules.

Throughout the hearing, Republicans charged that Garland went too far in an Oct. 4 memo instructing parts of the Justice Department to coordinate a response to threats against school officials. A news release announcing the effort said the directive applied to the FBI, the Criminal Division, Civil Rights Division, the National Security Division, and other offices.

Garland wrote the memo less than a week after the National School Boards Association asked the Biden administration to take action against what they called a growing danger. Around the country, school board meetings have grown increasingly heated in recent months, sometimes over school rules surrounding the pandemic, sometimes over charges that history lessons are critical of White people.

Republicans responded to Garland’s memo by accusing him of trying to intimidate conservative critics of the Biden administration.

On Thursday, Rep. Jim Jordan, Ohio, the senior Republican on the committee, said the Justice Department was creating “a snitch line on parents” who complain about school policy – a charge the attorney general repeatedly denied.

“There’s nothing in this memorandum that has any effect on the kinds of curriculums that are taught or the ability of the parents to complain,” Garland said.

Republicans did not buy his explanation.

“We don’t need the vast power of the federal government throwing its weight around,” said Rep. Steve Chabot, R-Ohio. “We don’t need you, the Justice Department, or the FBI trampling on the rights of parents.”

Democrats defended Garland’s memo when it was their turn to speak, and bristled at the GOP criticism.

Rep. Ted Lieu, D-Calif., said his wife was a school board member who “has been targeted with deeply disturbing death threats. The lack of concern by my Republican colleagues for the safety of teachers, school officials, and school board members is dangerous, disgusting and utterly shameful.”

Republicans challenged Garland on whether White House and Justice Department officials discussed the memo before it was issued. Garland said he did not speak to White House officials but added that he was sure other officials did discuss the issue.