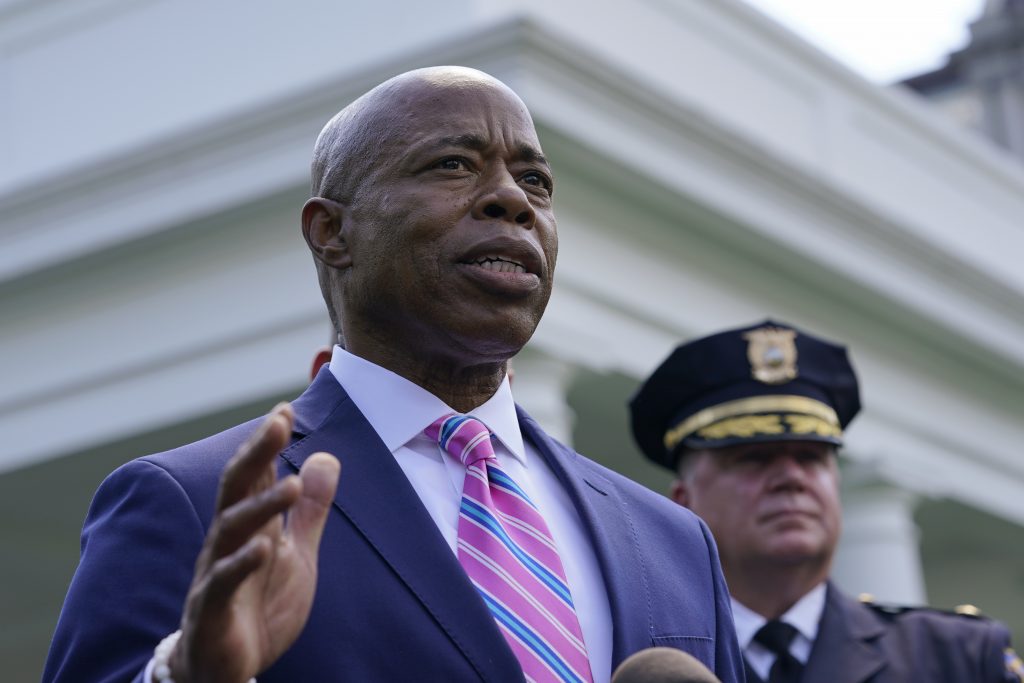 The two men running to become New York City’s next mayor will face off in their first debate Wednesday night.

Democrats outnumber Republicans 7-to-1, giving Adams a built-in advantage. He emerged from a crowded primary field in June as a candidate with a more moderate image and a pro-business approach. Adams, who would be the city’s second Black mayor, also drew upon his image as a candidate who can speak with nuance about crime in policing, having spent time as an NYPD captain, a member of the force who was an outspoken advocate for reform and someone who as a teenager says he experienced police brutality.

Sliwa has been a longtime media fixture in New York, first from his days as the founder of the red-beret wearing Guardian Angels and later as a radio commenter with a penchant for attracting news cameras and staging stunts. As a mayoral candidate, he latched on to reports questioning whether Adams really lives at his Brooklyn brownstone and walked around New York with a milk carton featuring a picture of “missing” Adams.

Adams has dismissed Sliwa as someone who is “doing antics every day” and “thinks that this is a circus.” Sliwa has criticized Adams as being out-of-touch and removed from everyday New Yorkers and holding fundraisers in well-to-do locales like the Hamptons and Martha’s Vineyard.

After Wednesday night’s hour-long debate, the two candidates will meet for one more debate on Oct. 26.