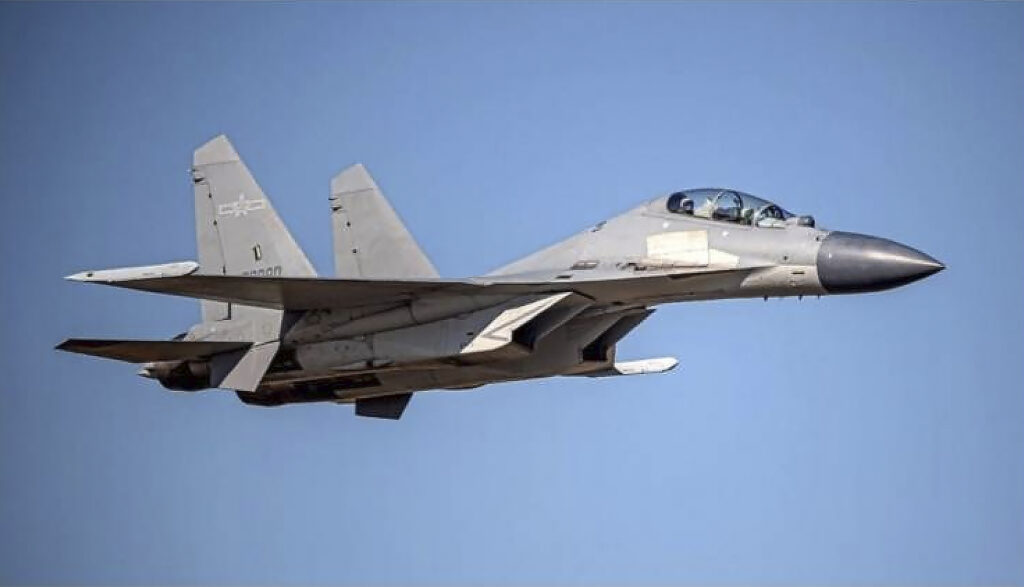 China’s recent increase in military exercises and warplane missions near Taiwan — which have raised concerns around the region — were necessary to defend the nation’s sovereignty and territory, a Chinese official said Wednesday.

China’s military flew 56 planes off the southwest coast of Taiwan on a single day earlier this month, a single-day record that capped four days of a sustained pressure campaign involving 149 flights. All were in international airspace, but the display raised fears that any misstep could provoke an unintended escalation in the region.

Taiwan views China’s moves as advertising its threat to bring the island it claims as its own territory under its control by military means as necessary. The sides split amid civil war in 1949 and have no official contacts.

The purpose of the maneuvers was to “fundamentally safeguard the overall interests of the Chinese nation and the vital interests of people on both sides of the Taiwan Strait,” said Ma Xiaoguang, spokesperson for the Cabinet’s Taiwan Affairs Office.

Outside observers say the military maneuvers are intended to degrade Taiwan’s physical defense capabilities through wear and tear, while turning the citizenry against their leaders through a form of psychological warfare.

Taiwan, a close U.S. ally, scrambled jets to intercept the Chinese aircraft and activated its missile air defense systems. It is also working to boost its defenses by buying new technology from the U.S. and developing domestic systems, including submarines.

Public opinion surveys show the vast majority of Taiwanese in favor of maintaining their de facto independent status without giving in to China’s demands for political unification.

Taiwanese President Tsai Ing-wen on Sunday vowed to defend the island from China’s rising pressure after a week of unprecedented tensions with Beijing.

She spoke a day after Chinese leader Xi Jinping said annexing Taiwan “must be realized,” while saying that was best brought about by peaceful means.

However, Xi also added that “no one should underestimate the Chinese people’s strong determination, will and capability to safeguard national sovereignty and territorial integrity.”

While such rhetoric is familiar, many see an increased possibility of conflict arising from Xi’s desire to resolve what China refers to as the “Taiwan question,” and the Taiwanese leadership’s resolve to maintain the status quo of de facto independence.

Taiwanese Defense Minister Chiu Kuo-cheng earlier this month called the situation the most severe in the 40 years since his enlistment and that he believed China would have “comprehensive” capabilities to invade Taiwan by 2025.

In a talk this week with journalists, political scientist Shelley Rigger said while the situation seemed more intense, it was more likely being used as a deterrent.

“So [China is likely] trying to deter Taiwan from imagining that there is some kind of opportunity to make a change in its own position and also trying to deter the U.S. from providing support or creating the impression in Taiwan that this might be a moment for Taiwan to push the envelope harder,” said Rigger, a longtime observer of Taiwanese politics at Davidson College in North Carolina.

“I also think that there is an element of the PLA kind of testing its own operational capabilities, and so it’s kind of killing two birds with one stone — you’re sending a strong message to Taiwan and to the U.S. and you’re also getting a lot of flight hours at a minimum for your military personnel,” Rigger said.