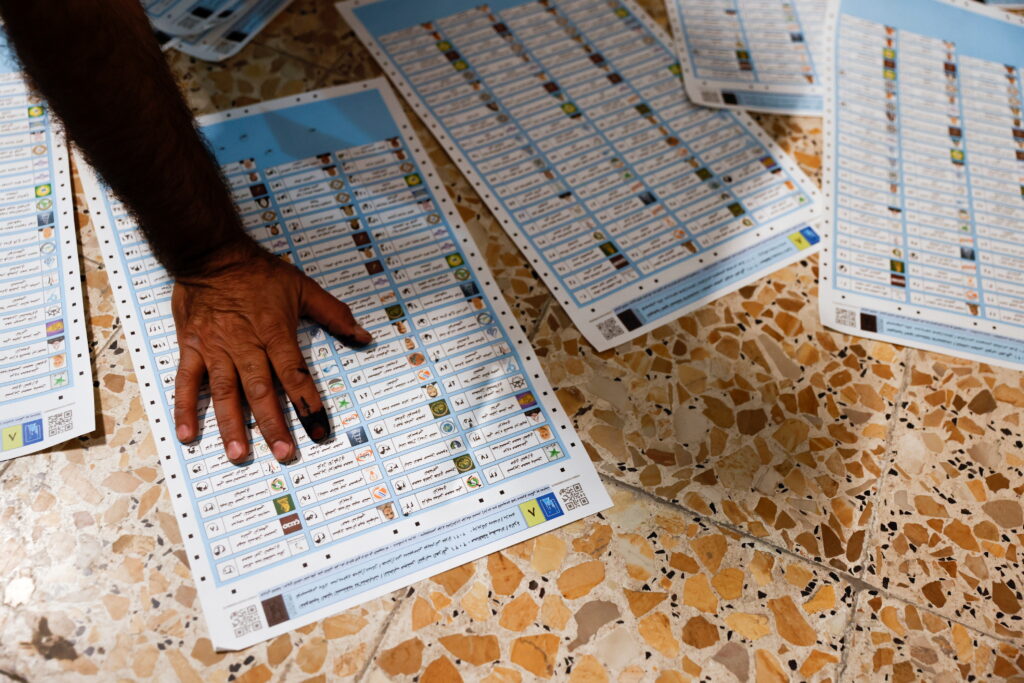 Record low turnout in Iraq’s parliamentary election suggested on Monday that a vote billed as an opportunity to wrest control from the ruling elite would do little to dislodge sectarian religious parties in power since 2003.

Initial results from a handful of provinces suggested strong showings for blocs led by Shiite cleric Moqtada al-Sadr and former Prime Minister Nuri al-Maliki. The electoral commission did not give an indication when it would have results from the capital Baghdad, suggesting the full outcome could be delayed.

But the official turnout figure of just 41% suggested the early vote, held under new rules billed by Prime Minister Mustafa al-Kadhimi as loosening the grip of political parties, had failed to capture the imagination of the public, especially younger Iraqis who demonstrated in huge crowds two years ago.

“I did not vote to be honest. It is not worth it,” Hussein Sabah, 20, told Reuters in Iraq’s southern port Basra. “There is nothing that would benefit me or others. I see youth that have degrees with no jobs. Before the elections, [politicians] all came to them. After the elections, who knows?”

Kadhimi’s predecessor resigned after the authorities killed around 600 protesters in a crackdown on demonstrations. The new Prime Minister called the vote months early to show that the government was responding to demands for more accountability.

The protesters had demanded the overhaul of rules they said concentrated much power in the hands of sectarian parties. Kadhimi enacted a new voting law billed as assisting independent and local candidates. Voting districts were made smaller, and the practice of awarding seats to lists of candidates sponsored by parties was abandoned.

In practice, however, powerful parties proved best able to mobilize supporters and candidates effectively, even under the new rules. Activists calling for reform mostly either joined up with established parties or boycotted the vote. The low turnout was expected to favor the establishment.

Most polls predict the movement led by populist cleric Sadr, who opposes all foreign interference, will remain Parliament’s biggest group, though far from able to form a government on its own.

Iraqi officials and independent analysts expect other Shiite parties linked to militia groups close to Iran will lose seats, reflecting resentment for their role in cracking down on the protests. But those losses are not seen as likely to be be deep enough to dramatically alter the balance of power.

Turnout was particularly low in the capital, between 31% and 34%. At polling stations visited on Sunday by Reuters in a diverse cross-section of Baghdad districts, most counting machines reported figures below 25%.

Iraq has held five parliamentary elections, all won by coalitions dominated by the Shiite majority, since the fall of Sunni Muslim dictator Saddam Hussein in a U.S.-led invasion in 2003.

Rampant sectarian violence unleased during U.S. occupation has abated, and Islamic State terrorists who seized a third of the country in 2014 were defeated in 2017. But many Iraqis say their lives have yet to improve. Infrastructure lies in disrepair and health care, education and electricity are inadequate.