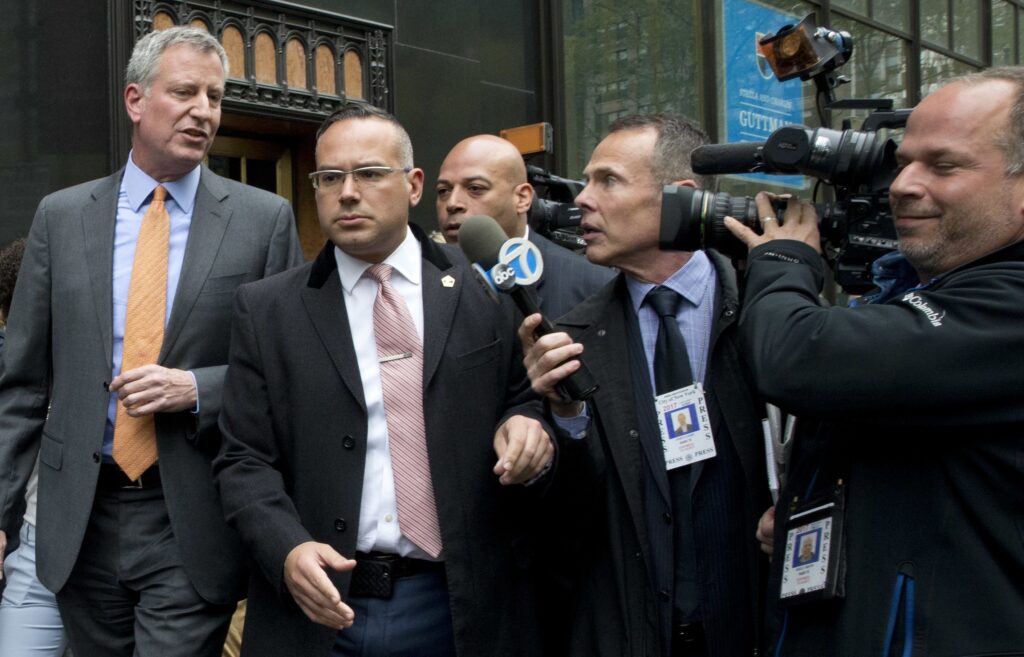 The Department of Investigation released a 49-page report that de Blasio had police help his son Dante and daughter Chiara, and that he directed resources not for the fulfillment of his official duties. In 2018, NYPD officers helped carry and transport Chiara de Blasio’s furniture in an NYPD van when the mayor’s daughter moved out of her apartment and to Gracie Mansion. Members of the Executive Protection Unit often drove Dante de Blasio to college in Connecticut and around the city, without his parents accompanying him.

The report noted that the NYPD Intelligence Bureau thought the de Blasio children should have full-time protection.

EPU officers accompanied the mayor and his staff during his failed 2019 presidential campaign. The city spent $319,794 for flights, gas, hotels, and meals as de Blasio traveled to Iowa and other states, and the mayor or the campaign have yet to reimburse the costs.

For a year, police conducted frequent security checks at properties the mayor and his family own in Brooklyn despite no one living there.

The report charged that the NYPD officer in charge of the de Blasio family’s security “actively obstructed and sought to thwart this investigation, frustrating DOI’s efforts to learn the full facts regarding these allegations.”

John Miller, Deputy Commissioner of Intelligence and Counterterrorism for the NYPD, said there had been credible threats against the mayor.

“The decision to send NYPD resources during the presidential campaign wasn’t made at the request of City Hall or City Hall staff,” Miller said. “Wherever he is, he’s still the mayor.”