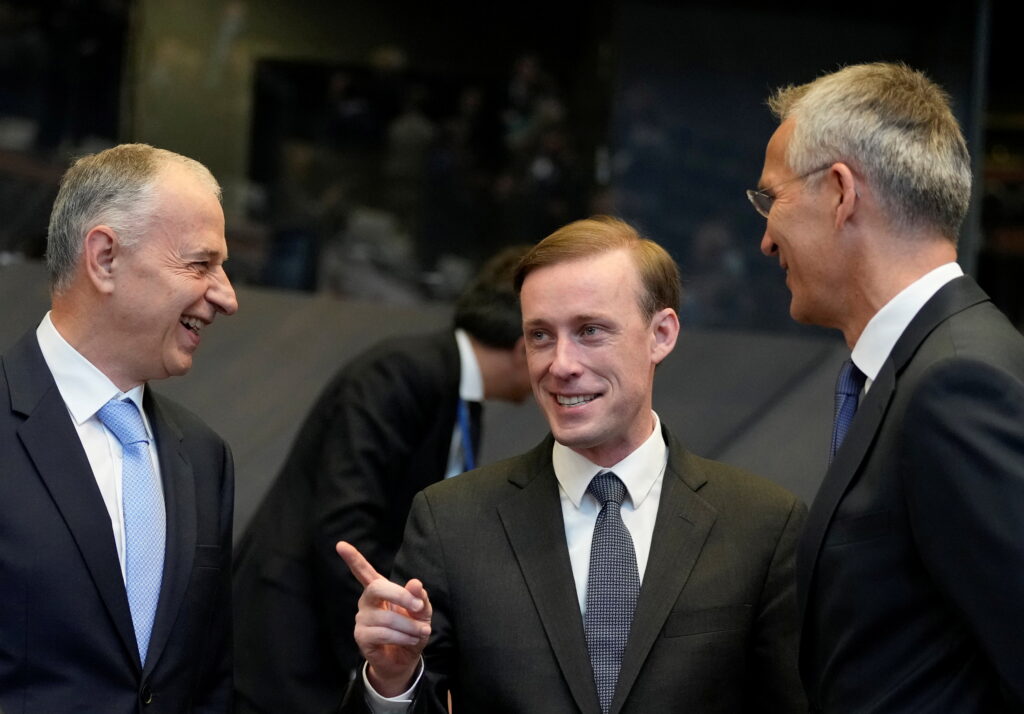 The United States and China have agreed in principle for their Presidents to hold a virtual meeting before year’s end, a senior U.S. administration official said on Wednesday, after high-level talks meant to improve communication between the two big powers.

The closed-door meeting at an airport hotel in the Swiss city of Zurich between U.S. national security adviser Jake Sullivan and China’s top diplomat, Yang Jiechi, was their first face-to-face encounter since an unusually public and acrid airing of grievances in Alaska in March.

Both sides had described the meeting as a follow-on from President Joe Biden’s early September call with Chinese President Xi Jinping, prior to which the world’s top two economies appeared to have been locked in a stalemate.

The White House said Sullivan raised concerns about contentious issues such as Chinese actions in the South China Sea, as well as human rights and Beijing’s stances on Hong Kong, Xinjiang and Taiwan.

At the end of the day, however, both Beijing and Washington said the talks, which lasted six hours, were constructive and candid. The U.S. side said the tone was very different from Alaska.

“We do have out of today’s conversation an agreement in principle to hold a virtual bilateral [summit] meeting before the end of the year,” the U.S. official told reporters.

Asked for further details, White House spokeswoman Jen Psaki said, “We’re still working through what that would look like, when and of course the final details we don’t quite have them yet.”

Biden’s call with Xi in September ended a nearly seven-month gap in direct communication between the leaders, and the two discussed the need to ensure that their competition does not veer into conflict.

Biden said on Tuesday that he spoke to Xi about Taiwan and they agreed to abide by the “Taiwan agreement,” as tensions ratchet up between Taipei and Beijing.

Taiwan has reported 148 Chinese air force planes in the southern and southwestern part of its air defense zone over a four-day period beginning on Friday, the same day China marked a patriotic holiday, National Day.

Taiwan’s Foreign Ministry, which had sought clarification from the United States about Biden’s comments, said on Wednesday Washington reassured them that its approach to Taiwan had not changed, and that its commitment to the democratically governed island claimed by Beijing was “rock-solid.”

Early speculation was that Biden and Xi might meet in person at the G20 summit in Italy in October, but Xi has not left China since the outbreak of the coronavirus pandemic early last year.

“Today’s conversation, broadly speaking, was a more meaningful and substantive engagement than we’ve had to date below the leader level,” the U.S. official said, adding that Washington hoped it would be a “model for future encounters.”

The official said it should not be seen as a thaw in relations, however.

“What we are trying to achieve is a steady state between the United States and China where we are able to compete intensely but to manage that competition responsibly,” the official said.

China’s Foreign Ministry said Yang told Sullivan that confrontation would damage both countries and the world.

The White House said Sullivan will also visit Brussels for meetings with NATO and European Union officials, as well as Paris, and will brief the Europeans on his meeting with Yang.

With trade tensions also at the top of the U.S.-China agenda, U.S. Trade Representative Katherine Tai, in Paris for Organization for Economic Cooperation and Development meetings, has said she hopes to hold discussions soon with Chinese counterparts.

On Monday, Tai unveiled the results of a months-long “top-to-bottom” review of China trade policy, pledging to hold “frank” talks with Beijing about its failure to keep promises made in former President Donald Trump’s trade deal and end harmful industrial policies.

The Global Times, a nationalistic tabloid published by China’s official People’s Daily, said China has succeeded in changing the U.S. attitude towards Beijing.

It pointed to U.S. willingness to restart trade talks as one example of a less confrontational stance, and last month’s release of Huawei executive Meng Wanzhou, three years after she was detained in Canada at Washington’s request, as another.

“China’s fundamental strategy of not making principled concessions and insisting on doing its own thing is taking effect,” the Global Times said in a commentary on the Yang-Sullivan talks on Thursday.

“The U.S. side always says it wants to speak ‘from a position of strength,’ but its strength is far from sufficient to achieve its ambitions to contain China’s development.”