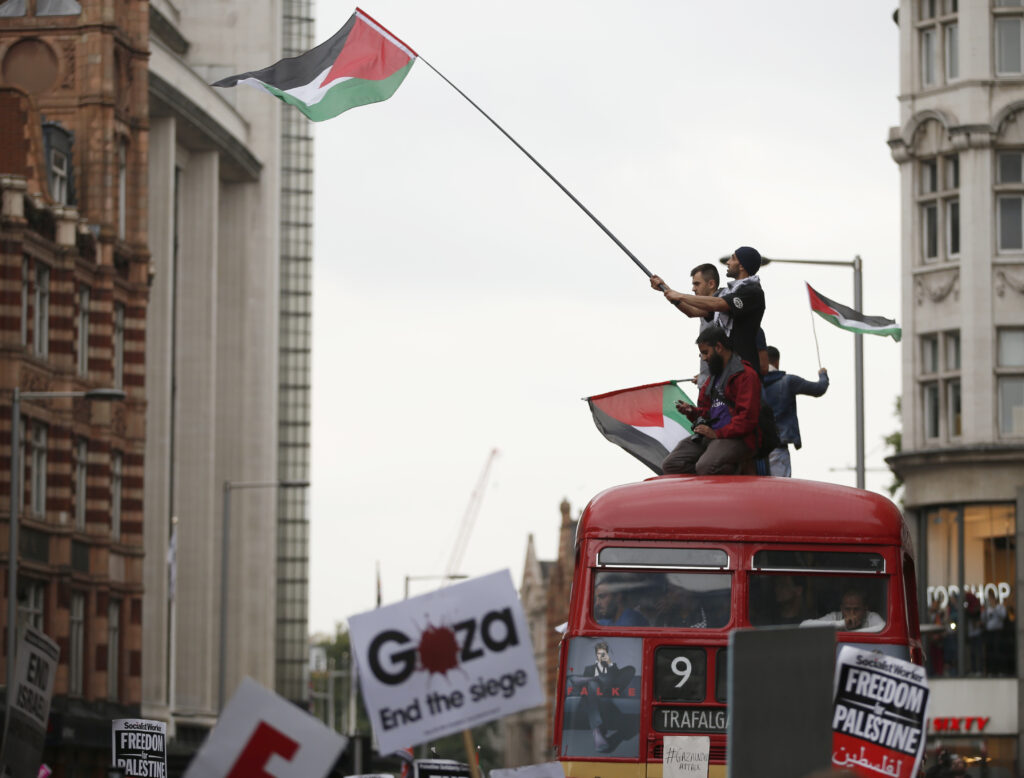 Four men appeared in British court on Wednesday for their involvement in a car convoy that went through a Jewish neighborhood in London with the drivers and passengers shouting anti-Semitic abuse.

They will be tried by a crown court jury, and are facing charges of using threatening, abusive or insulting words, or behavior with intent likely to stir up racial hatred. If found guilty, they face three years in prison.

The four are accused of taking part in a car convoy that drove through north London on May 16. In cars draped in Palestinian flags, they screamed curses and violent threats against Jews.

All four have plead not guilty.