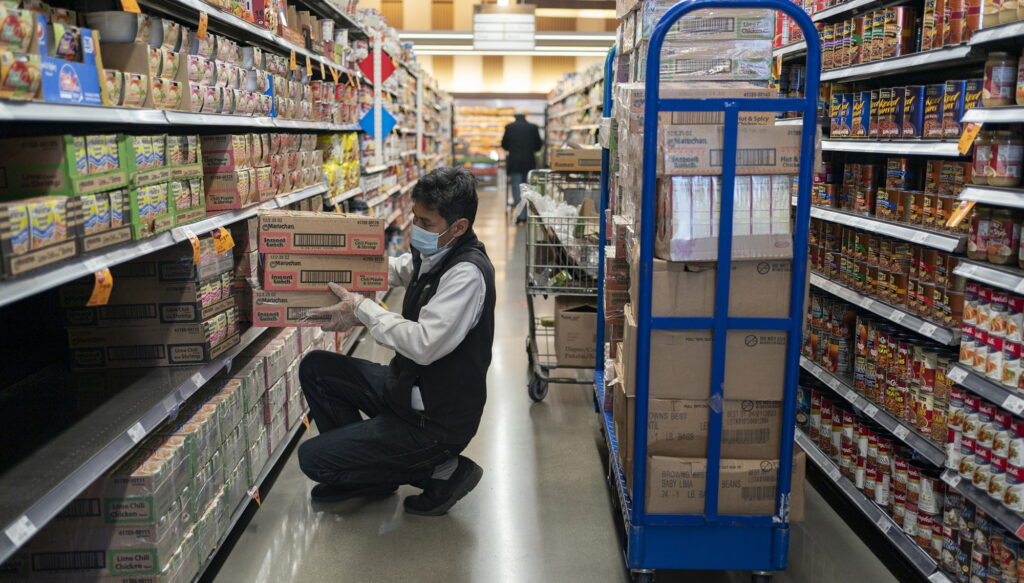 U.S. personal-spending growth accelerated by more than forecast in August, driven by goods purchases, while a closely watched measure of inflation exceeded estimates.

Purchases of goods and services increased 0.8% from a month earlier, following a downwardly revised 0.1% decline in July, Commerce Department figures showed Friday. Spending in July was previously reported as a 0.3% gain.

The personal-consumption expenditures price gauge, which the Federal Reserve uses for its inflation target, rose 0.4% from a month earlier and 4.3% from a year earlier. The annual increase was the largest since 1991.

The figures suggest that consumer demand remained robust in August, despite a rise in COVID-19 infections. The spending increase was driven by a jump in goods outlays — specifically food and household supplies — likely reflecting a shift away from activities like dining out and travel due to heightened health concerns.

The median estimate in a Bloomberg survey of economists had called for a 0.7% month-over-month increase in total spending and a 0.3% rise in the price index.

Stock futures pared gains, the dollar fell and Treasuries were little changed after the report.

Adjusted for inflation, spending in August also picked up after falling the previous month. Real personal outlays rose 0.4% in August after a revised decline of 0.5% in the prior month.

Inflation-adjusted spending on services rose 0.3% from a month earlier, marking a deceleration from the 0.7% gain in July. Merchandise outlays climbed 0.6% after a 2.6% drop, the report showed.

Supply has struggled to keep up with rapidly recovering demand since the start of this year, with companies looking to fill a record number of open positions and acquire the materials needed for production. Those constraints have pushed prices higher and corroded Americans’ buying power.

The core PCE, which excludes food and energy, rose 0.3% for a second month. The measure was up 3.6% from a year earlier, matching the highest since 1991.

Federal Reserve Chair Jerome Powell said that the supply-chain disruptions which have been lifting inflation rates around the world will ultimately prove temporary.

“It’s very difficult to say how big the effects will be in the meantime, or how long they will last, but we do expect that we’ll get back, we’ll get through that,” Powell said Wednesday while participating in a virtual panel event.

Personal incomes, meanwhile, rose 0.2% after rising 1.1% in the prior month due to a boost from an advance disbursement of the child tax credit. Wages and salaries climbed 0.5%.

The saving rate — which had been elevated for months as a result of stimulus checks and enhanced unemployment benefits — dropped to 9.4% in August from 10.1%.