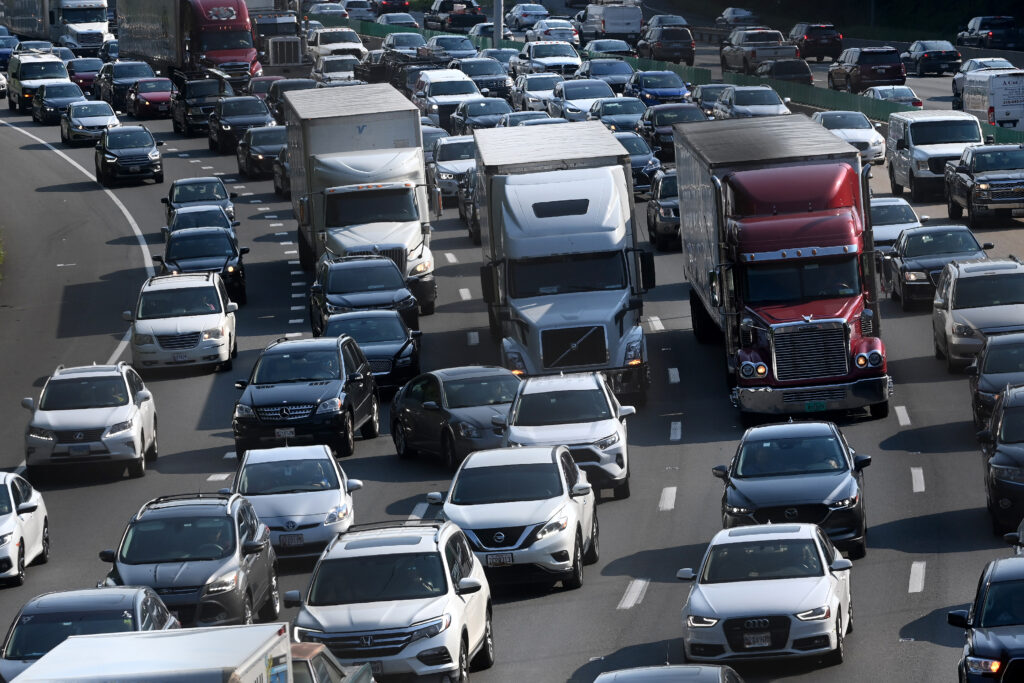 The Senate voted Saturday to extend transportation funding programs for a month, a step that grants a reprieve to 3,700 Department of Transportation employees who were furloughed when the money expired on Thursday. The House approved the measure late Friday.

President Joe Biden signed the measure into law on Saturday.

The fund, designed to provide long-term stability for road and transit projects, expired Thursday night as Democrats clashed over whether to advance a $1 trillion infrastructure bill amid debate that included the future of trillions more in social spending.

The House voted 365-51 to approve the extension. The Senate backed the measure on Saturday, which will end the furloughs and ensure money keeps flowing. It gave lawmakers time to continue seeking a resolution to the impasse over the spending packages.

While an extension resolves immediate issues, supporters of the $1 trillion infrastructure bill are leery of the prospect that Congress will opt to repeatedly pass short extensions – an approach lawmakers have taken in the past.

The immediate impacts were limited, but the lapse is “unacceptable,” said Jim Tymon, executive director of the American Association of State Highway and Transportation Officials. The group urged Congress to pass a long-term surface transportation bill.

“While AASHTO appreciates addressing the lapse in federal highway, transit and highway safety programs caused by the failure to pass the bipartisan Infrastructure Investment and Jobs Act, short-term extensions are not a suitable way to govern,” Tymon said in a statement Saturday. “This particular extension doesn’t include any new funding for state departments of transportation until October 15, leaving them without support from their federal partners for weeks while they continue the work of moving people and goods through our communities.”

Neil Bradley, an executive vice president at the U.S. Chamber of Commerce, said officials are already beginning to develop plans for the coming construction season and need certainty that federal money will be available.

“It is not cost-free to simply kick the can down the road,” Bradley told reporters this week.

State transportation departments, which get reimbursed from the fund, were expected to be able to keep paying their bills for a few weeks. The Transportation Department said in a statement that existing grants would continue to be paid.

The Governors Highway Safety Association said the mini-shutdown could affect safety programs at a time when road deaths and dangerous driving are up. In a tweet, it called the lapse “a direct impact of Congress missing the deadline to extend the FAST [Fixing America’s Surface Transportation] Act and continue Highway Trust Fund operations.”

While the focus remained on passing the infrastructure bill, the Senate Environment and Public Works Committee had been working with the House Transportation Committee this week on backup options to keep the Federal Highway Trust Fund operating. An alternative proposal to keep it going until December would have required a $5 billion bailout because the fund is running out of money.

After the House vote on Friday, Rep. Peter DeFazio, D-Ore., chairman of the Transportation Committee, said the extension would protect thousands of Department of Transportation employees and keep important projects on schedule.

“Now we will continue our work to pass the Build Back Better agenda into law, including a historic investment in America’s infrastructure,” he said in a statement.

Sen. Shelley Moore Capito of West Virginia, the top Republican on the Environment and Public Works Committee, said in a statement Saturday she was “deeply disappointed” that the House postponed a vote on the infrastructure package, noting that it included a five-year surface transportation reauthorization bill.

“The best way to continue these programs and provide long-term certainty to state departments of transportation and others was for the House to pass the bipartisan infrastructure package. However, that’s not what happened,” she said. “A further lapse in funding would have jeopardized future projects that are necessary to ensure the safety and efficiency of our roads and bridges.”

Most of the furloughed employees were at the Federal Highway Administration and the Federal Motor Carrier Safety Administration. The trust fund also covers transit projects and road safety work in addition to construction, and grants in those programs also would have been affected by an extended shutdown.

The trust fund last lapsed in 2010, but employees were quickly called back to work. The gas tax, which helps fill the fund, has not expired.