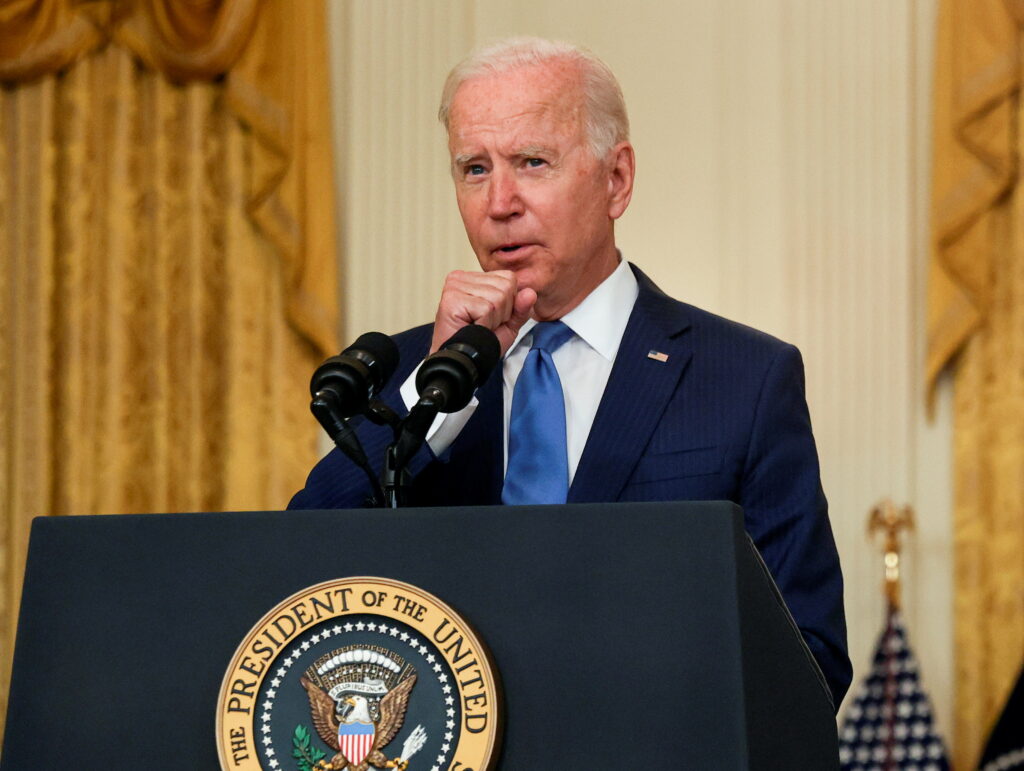 President Joe Biden on Thursday directed his ire at the governors of Florida and Texas, accusing the Republican leaders of “doing everything they can to undermine the life-saving requirements” he proposed to counter the spread of COVID-19.

Some Republican governors, including Greg Abbott of Texas and Ron DeSantis of Florida, have vowed to fight the vaccine mandate for big companies that Biden rolled out last week in the face of surging U.S. COVID-19 hospitalizations and deaths, mostly among the unvaccinated.

“I propose a requirement for COVID vaccines, and the governor of that state calls it a ‘tyrannical-type move?'” said Biden, noting that the pandemic has killed over 660,000 people in the United States.

“This is the worst type of politics…and I refuse to give in to it,” Biden said, adding that the policies rolled out by the White House are “what the science tells us to do.”

Some Republican-led states and a sizable minority of Americans have defied vaccine recommendations from health officials, arguing that mandates infringe on their personal freedoms.

With just 63% of the eligible U.S. population having received at least one vaccine dose, the U.S. vaccination rate now lags most developed economies.

Biden’s vaccine policy is expected to face a string of legal challenges from Republicans, including Arizona Attorney General Mark Brnovich, who became the first to file a lawsuit against it on Tuesday.

DeSantis has threatened fines for cities and counties that require employees get vaccinated against COVID-19, saying they violate Florida state law.