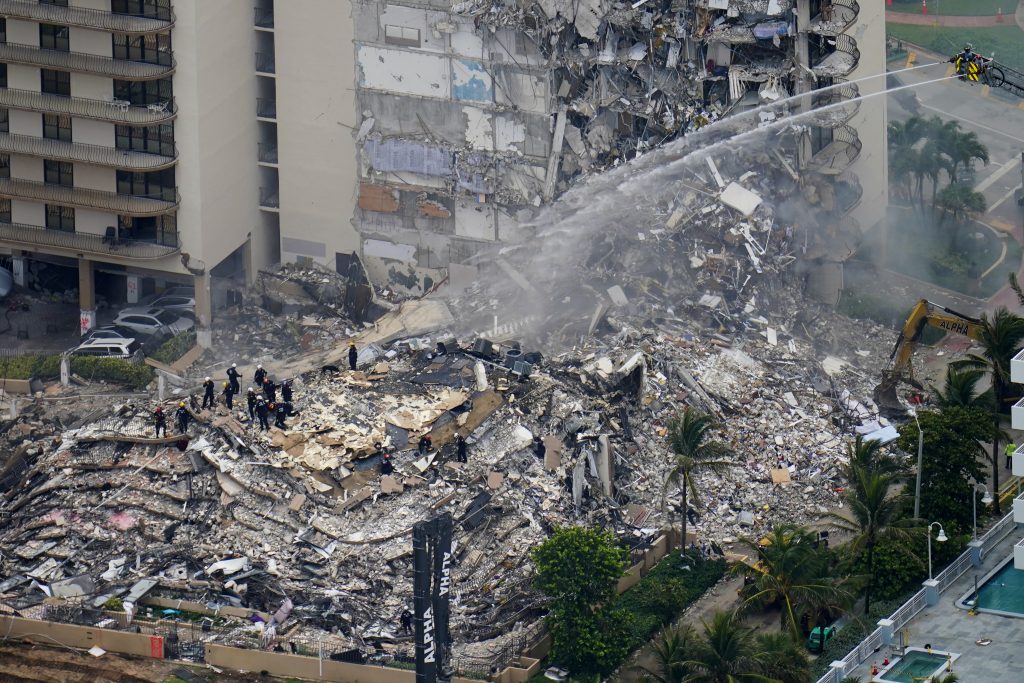 Video released by a team of federal investigators shows more evidence of extensive corrosion and overcrowded concrete reinforcement in a Miami-area condominium that collapsed in June, killing 98 people.

The National Institute of Standards and Technology also announced Wednesday it will conduct a five-pronged investigation into the Champlain Towers South collapse, which will be led by Judith Mitrani-Reiser. She is a Cuban-born engineer who grew up in Miami.

The video shows densely packed steel reinforcement in various sections of the building, along with extensive corrosion where one column met the building’s foundation.

“The corrosion on the bottom of that column is astronomical,” Dawn Lehman, a professor of structural engineering at the University of Washington, told the Miami Herald. She said that the amount of corrosion should have been obvious and documented as part of the 40-year inspection that was ongoing when the building in Surfside, Florida, collapsed June 24.

“If there’s that amount of corrosion, this should have been fixed,” she said.

The images show beams, walls and columns that appear to be overcrowded with steel reinforcement, which suggests potential weaknesses, she explained.

“There is no reason there should be that kind of bar congestion,” Lehman said.

The risk posed by “congested” vertical rebar in columns would have been even worse in spots where the rebar overlapped, which is known as “lap splice” regions, Abieyuwa Aghayere, a Drexel University engineering researcher who also reviewed the video, told the newspaper.

While it’s already congested with rebar, at the splice regions, it would have been “even further congested,” Aghayere told the Herald.

He said he was struck by how “powdery” and white the concrete in columns appeared in the newly released video. Stone-like aggregates used to strengthen concrete during construction typically remain visible but they were not in the images from the collapse site.

“The white color just stuns me,” Aghayere told the newspaper. He added that instead of seeing aggregate material mixed into the concrete, “it’s just homogenous,” which is likely indication of saltwater damage.

He said it is impossible to tell from just the images whether the concrete used in original construction was weaker than the designs called for, or whether the apparent weakness was due to damage over time.

“It doesn’t look like normal concrete to me. What’s going on?” Aghayere said.