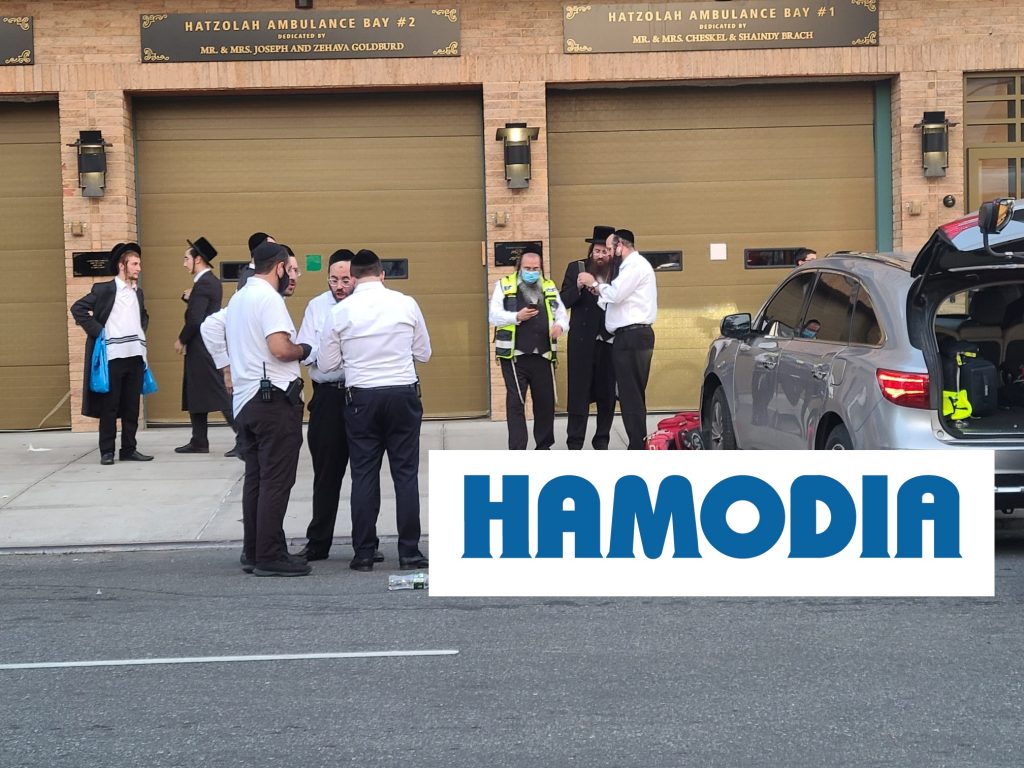 Dozens of Vizhnitzer bachurim and one magid shiur returning on a flight from Ukraine were hospitalized with food poisoning Tuesday. Most have since been discharged, but one is in the ICU.

A large group of chassidim of the Vizhnitzer Rebbe of Boro Park had traveled with their Rebbe, shlita, to Ukraine. Although the Rebbe had already returned Monday evening, dozens of bachurim stayed in Ukraine a bit longer. Those bachurim took a flight to New York on Tuesday, when some of them were overcome with illness.

Prior to the flight, the boys who fell ill had eaten tuna fish sandwiches, which was the apparent source of their illness.

When the plane landed at JFK airport around 6 p.m., one boy was brought to the hospital.

A bus that brought some of the boys to Boro Park went directly to the Hatzalah garage at 14th Avenue and 37th Street, and the boys who were sick were transported to the hospital. Due to the large number of bachurim who were not feeling well, Hatzalah of Boro Park was assisted in the transport by ambulances from Hatzalahs of Crown Heights, Williamsburg, and Flatbush. Approximately 22 boys from Boro Park were hospitalized. Shomrim assisted with the transportation of parents whose children are in the hospital.

Additionally, approximately sixteen boys from the group who traveled from the airport to Upstate New York required hospitalization: around eight in Monsey, seven in Kiryas Joel, and one in the Catskills.

The hospitals began discharging the boys late Tuesday night. By Wednesday morning, all the boys had been discharged except two who have irregular heartbeats, one of whom is in the ICU.