Assailant Who Slapped Plumber Over Parking Space Is a ‘Scary’ and ‘Wild’ Man, Neighbors Say

The assailant who smacked a middle-aged man in the face amid a dispute over a blocked driveway Wednesday is a “scary” and “wild” man whose neighbors are “terrified” of him, according to six residents of the block who spoke with Hamodia.

Around 11:45 a.m. Wednesday, a plumber pulled up at a job on 39th Street between 12th Avenue and Fort Hamilton Parkway, parking his van near a driveway. A video from the scene shows the van barely blocking the driveway, if at all.

Her husband then started arguing with the plumber, in a scene captured on video. The man shouts at the plumber, accusing him of “disrespect[ing] my woman.”

“I told her I’m going to move,” the plumber replies.

“No, you told her, ‘No,'” the man argues, and then slaps the plumber in the face, causing him to stagger backward and fall. The victim is on the ground for approximately eight seconds before he gets back up.

The assailant, his wife and a baby quickly then fled the scene — the man on foot, the wife and baby in their car. But police know where he lives and who he is, and an arrest is expected shortly.

Police and Shomrim were called, and the victim, who has a bruise under his left eye, was treated by EMS.

The plumber is 54 years old; neighbors of the assailant say he appears to be around 35 years old.

The victim is a Chasidic Jew, but the assailant is not expected to charged with a hate crime, as bias is not believed to be a motivation.

Six residents of the block who spoke with Hamodia said that the assailant is extremely possessive over the driveway, and flies into a rage if anyone parks near it. (Neighbors also speculated that the “driveway,” which is actually a curb cut leading to a concrete area in front of the home where the man parks his car, was made illegally.)

“He is scary man,” said one neighbor. “He’s a terrible person. He’s very nasty. If anyone comes close to parking near his driveway, he screams.”

Another neighbor said that if a driver is sitting in their car blocking his driveway, the man will walk over to the car and hit it with his hand. “And if no one is there, he will purposely scrape the car with his own car as he is driving out.”

The neighbors all spoke to Hamodia on condition of anonymity, repeatedly emphasizing their fear of having their identity revealed to a man they fear.

“We’re terrified of this guy,” said another resident. “When he is outside and we have to walk past his house, we go across the street. We don’t walk in front of his house.”

“When you see him, you flee,” another neighbor said. “He doesn’t look normal.”

People on the block say the man is a bad neighbor in other ways.

“He comes rolling in with a motorcycle anytime of the day or night,” one neighbor said.

Neighbors say the man has lived in the home for approximately six months. It was not immediately known if he owns the home or rents.

All the people on the block who spoke with Hamodia said they have had no direct interactions with the man, and have never seen him assault anyone previously.

One neighbor said a relative “had one conflict over the driveway,” and that “we try to stay away from him.”

Another said that the man had recently shouted at a woman walking down the street so ferociously, “she got so afraid that she ran across the street.”

“We have to have safe streets,” said the plumber, who also declined to give his name. “Get the vermin off the street.” 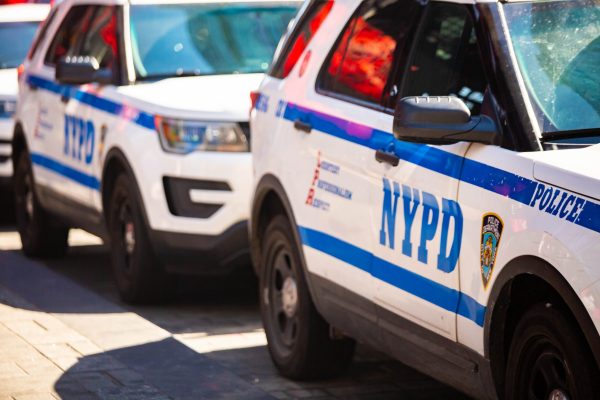