By S. Marcus and R. Borchardt 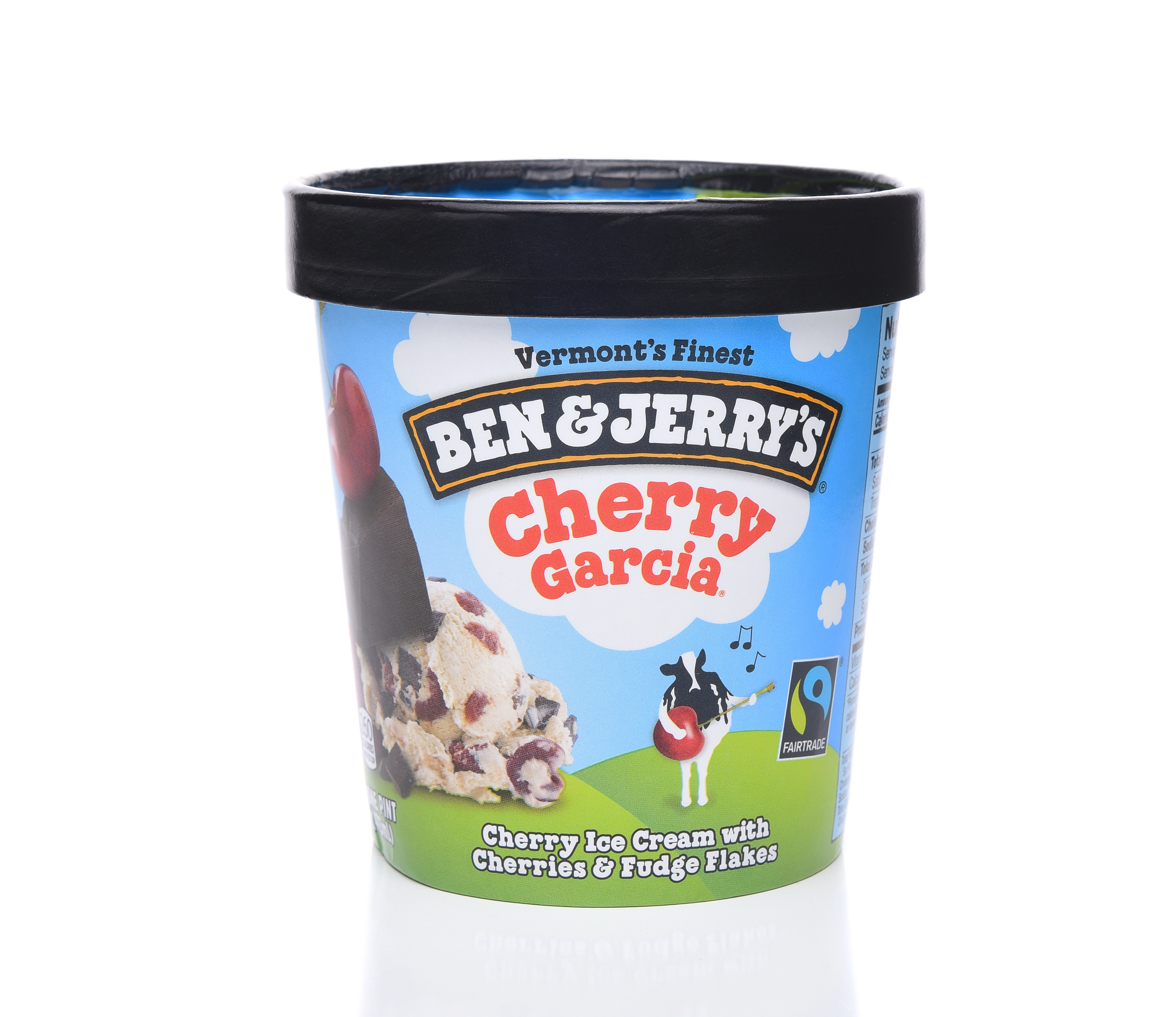 Fallout from Ben & Jerry’s announcement that it will no longer sell products in Judea and Samaria continued Tuesday, with kosher supermarkets in the U.S. announcing they will remove the products from their freezers, and New York City Mayor Bill de Blasio suggesting he may boycott the company as well.

“I can say I will not be eating any more Cherry Garcia for a while,” the mayor said at his press conference Tuesday morning, referencing a Ben & Jerry’s ice cream flavor, in response to a question by a Hamodia reporter.

In a statement released on Monday, Ben & Jerry’s had said that “it is inconsistent with our values for Ben & Jerry’s ice cream to be sold in the Occupied Palestinian Territory (OPT).”

But, it added, “although Ben & Jerry’s will no longer be sold in the OPT, we will stay in Israel through a different arrangement.”

Due to licensing practicalities, the new policy will not come into effect until 2023. The ice cream company said would find a new licensing arrangement and end its relationship with its current Israeli distributor and manufacturer. It intends to continue to sell in Israel, but within internationally-recognized borders.

Backlash from Israel and its supporters was swift. Israeli Prime Minister Naftali Bennett warned Unilever, the parent company of Ben & Jerry’s, that there would be “serious consequences, legal and otherwise, and that it will act aggressively against all boycott actions directed against its citizens.”

Unilever said in a statement Monday, “We remain fully committed to our presence in Israel, where we have invested in our people, brands and business for several decades.

“Ben & Jerry’s was acquired by Unilever in 2000. As part of the acquisition agreement, we have always recognised the right of the brand and its independent Board to take decisions about its social mission. We also welcome the fact that Ben & Jerry’s will stay in Israel.”

Ben & Jerry’s announcement was hailed by supporters of Palestinians.

Jewish stores and individuals in the United States reacted against the company as well, which is owned by Jews with a history of left-wing activism.

Shortly after Ben & Jerry’s announcement, New York-based activist Chaskel Bennett tweeted, “@benandjerrys will no longer be allowed in my home. Two can play your game. #BoycottBenAndJerry.”

Yossi Gestetner, a Monsey-based activist, tweeted, “I’m not a fan of boycotts except for those who push boycotts. Boycott them too. #boycottbenandjerrys.”

On Monday and Tuesday, kosher supermarkets announced they’d be dropping Ben & Jerry’s ice cream from their freezers in solidarity with the Jewish state, including Gourmet Glatt of the 5 Towns, Shop Delight in Great Neck, Glatt Express in Teaneck, Seasons, Gourmet Glatt of Cedarhurst, Cedar Market in Teaneck, Aaron’s in Queens, Moisha’s Discount Supermarket in Midwood, Pomegranate in Midwood, Market Maven in Baltimore, Shalom Kosher in Silver Spring, and Grove Kosher in Florida.

The backlash against Ben & Jerry’s extended beyond kosher stores: Morton Williams, a chain of 16 supermarkets in the New York City Metropolitan area, is severely cutting back its sales and marketing of the brand, Morton Williams co-owner Avi Kaner announced, tweeting, “Our supermarkets have taken action against Ben & Jerry’s, which is boycotting Jewish communities that are at the center of a territorial dispute in Israel, including the Jewish Quarter of Jerusalem – inhabited by Jews for over 3,000 years.”

In an interview with the Hamodia on Tuesday, Kaner detailed his company’s actions against Ben & Jerry’s: “We have completely stopped all promotional and advertising activity of Ben & Jerry’s products, and immediately reduced shelf placement of the products by 70% — and that will likely go up to 90% soon,” said Kaner. ” And we have relegated the product to the lowest shelves in the ice cream freezers.” Kaner, whose parents are Israeli, said the company decided not to do a complete boycott so as to “to leave the door open in case Ben & Jerry’s changes its policies, which we hope they do. That’s the ultimate goal.”

Kaner, who owns the company along with three of his cousins, said the move “seems to have really resonated positively with our customer base.”

“We of course got many hateful comments from anonymous accounts on social media from Pakistan and Algeria – but that’s to be expected,” he said. “The response has been overwhelmingly positive beyond any expectation we’ve had.”

The company has engaged in Israel advocacy in the past as well.

When Turkish President Recep Tayyip Erdoğan “made antisemitic comments at Jews and Israel, and took at stand supporting Hamas and the Muslim Brotherhood, we took a stand boycotting all Turkish products from our stores.”

And when Save the Children charity “aligned itself with Hamas in Gaza” during the 2014 Israel-Hamas war, Kaner said, Morton Williams, whose annual golf outing had previously benefited Save the Children, switched the beneficiary to Innovation Africa, an Israeli-based charity that builds solar-powered water wells in Africa.

On a separate interview with the Zev Brenner radio show, Kaner said that what Ben & Jerry’s refers to as occupied territories, “what it really is, it’s a dog whistle for Jewish communities in disputed areas.”

“Out of all the counties in the world,” Kaner told Hamodia, “Ben & Jerry’s chose to boycott the one Jewish nation. They continue selling ice cream in Malaysia, where there is no freedom of religion or freedom of expression.

“Ben & Jerry’s should stick to selling ice cream instead of defining the borders of Israel.”

Meanwhile, at his daily press conference Tuesday, a Hamodia reporter asked Mayor de Blasio, one of the few progressive figures who is pro-Israel and anti-BDS, about the boycott and counter-boycott.

“Ben Jerry’s yesterday announced it’s joining the BDS movement,” the reporter asked. “A bunch of stores in the New York area in response said they’re taking Ben & Jerry’s off their shelves. As a prominent progressive anti-BDS figure, I’m just wondering what you think, if you want to comment on this, and whether you’ll be sticking to Häagen-Dazs?”

“BDS is a movement that will undermine peace in the Middle East. It’s as simple as that. You cannot have peace if you undermine the economic reality and create division. I just believe that’s absolutely the wrong approach and I don’t think Ben and Jerry’s should be doing that. I think they’ve been involved and they’ve done a lot of good in the world, but they should stand back from this, because really what we need, and for the first time, as interesting as the Israeli government is, it at least is a different government, and the potential for a different path forward exists now — but not if the economy doesn’t work. Because the path to peace is going to have to involve economic justice for Israelis and Palestinians alike. And that won’t work if the economy doesn’t function. So I think BDS is just absolutely mistaken, and I’m sorry to hear that news.”

U.S. Rep. Nicole Malliotakis, (R-N.Y.), who represents Staten island and Bay Ridge and is the only Republican member of Congress from New York, also said she would be joining the counter-boycott.

“I certainly won’t be buying [Ben & Jerry’s] and I urge others to really, really take a strong consideration of doing the same,” Malliotakis said in a virtual interview with Dov Hikind, a former state Assemblyman who founded the Americans Against Antisemitism group.

The The Vaad Harabonim of Queens on Tuesday urged community members to boycott Ben & Jerry’s.

“The The Vaad Harabonim of Queen is appalled by the recent decision of Ben & Jerry’s Ice Cream to terminate its licensing agreement with its licensee in Israel if it continues to sell in what Ben & Jerry’s outrageously calls ‘Occupied Palestinian Territory,’ the Vaad said in a statement. “For Ben & Jerry’s to make a decision based on political expediency is to be complicit with BDS, which is today’s new form of anti-Semitism, thinly veiled as an issue of ‘Human Rights.’ Until Ben & Jerry’s rescinds this ill-advised policy, we urge the community to not purchase any Ben & Jerry’s product. We salute those stores who make the courageous decision to not stock any Ben & Jerry’s product at this time.”

Avi Zinger, the CEO of Ben & Jerry’s Israel, condemned the parent companies and pleaded that the counter-boycott not extend to the Ben & Jerry’s ice cream in Israel.

According to Israeli media reports, Ben & Jerry’s Israel said it is losing its licensing agreement with the global company specifically because it had resisted the company’s pressure to halt sales in Judea and Samaria.

“We’re continuing to sell throughout Israel and will not give in to the pressure and boycott of Unilever and Ben & Jerry’s Global,” Zinger said in a video statement posted to social media. “Ice cream is not part of politics. We call on Israelis to continue purchasing the product made in Israel, which provides a livelihood to hundreds of workers in the South.”