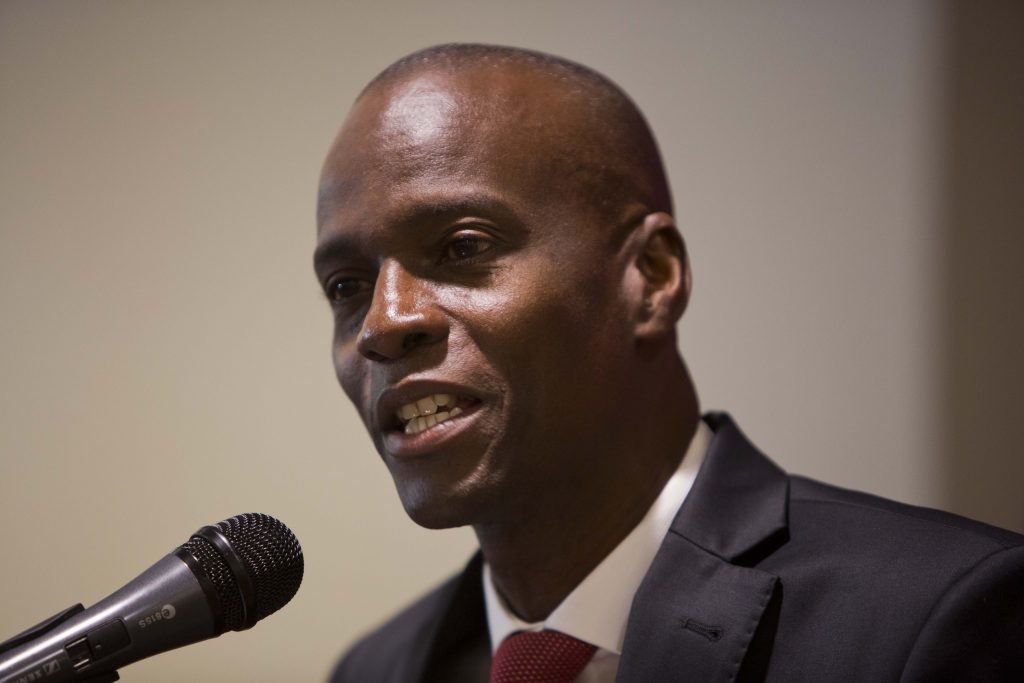 The assassination of Haiti’s President Jovenel Moise could hardly have come at a worse time.

The country with the undisputed title of “poorest country in the Western Hemisphere” has never been a bastion of stability. From its inception, it has suffered from every social ill imaginable — from violence and corruption to grinding poverty, illness and illiteracy. The country has still not fully recovered from a devastating earthquake in 2010.

But in recent months, the endemic vulnerabilities of Haiti have grown more acute. Moise’s assassination comes amid mounting gang violence, kidnappings, street protests and the pandemic. It hasn’t had a functioning legislature since 2020. The head of the Supreme Court — who might have replaced Moise — recently died from COVID-19. And no vaccination campaign yet exists to fight the virus, while infections rise.

The succession of power, historically the sine qua non of political stability, is proving shaky, as well. Interim President Minister Claude Joseph’s position is under challenge by the Haitian senate (also in disarray, with only a third of its usual members seated), which nominated its head, Joseph Lambert, to be interim President, Reuters reported.

It also could not be a worse time for Haiti to ask for military assistance from the United States. Just as the U.S. is finally extricating itself from 20 years of blood-drenched frustration in Afghanistan — the longest war in its history — there are few interventionists to be found in Washington.

So it was not surprising at all that Secretary of State Antony Blinken turned down a request from Joseph — for the time being at least — to send troops to Haiti to maintain order while the country prepares for elections and a return to normalcy in September.

But given the horrendous situation, the U.S. recognizes that it must do something. White House press secretary Jen Psaki announced on Friday that senior FBI and Department of Homeland Security officials would go to Port-au-Prince to “assess the situation and how we may be able to assist.”

That news was received positively in Haiti, according to CNN, quoting multiple sources who said that help with the ongoing investigation into the assassination, still shrouded with mystery and suspicion, “could potentially encourage broader public confidence in its findings and impartiality.”

Meanwhile, it will have little or no impact on the regional scene, which is desperate.

“The country is transformed into a vast desert where wild animals engulf us,” said the Haitian Conference of the Religious in a recent statement decrying the spike in violent crime. “We are refugees and exiles in our own country.”

Experts cited by the Associated Press say the violence is the worst they’ve seen in roughly two decades — since before the creation of a second U.N. peacekeeping mission in 2004. The U.N.’s Office for the Coordination of Humanitarian Affairs estimates that more than 1 million people need immediate humanitarian assistance and protection.

Naturally, the call is for emergency food and health supplies, and the law enforcement agencies, which are the only thing that can ensure those supplies reach the needy and not be grabbed up by the gangs. On Friday, U.N. spokesperson Stephane Dujarric said that humanitarian aid flights planned for Wednesday and Thursday were canceled due to gang attacks, the Voice of America reported.

Perhaps the U.N. would be the proper address. It would not be the first time the U.N. has sent troops to Haiti, either. After President Bill Clinton dispatched a U.S. force into Haiti in 1994 to restore deposed President Jean-Bertrand Aristide, two years later, a U.N. military contingent went in and stayed for 15 years.

Indeed, the Haitians have asked the U.N. for its help again. But so far there’s been no official response. AFP noted that a U.N. diplomatic source had earlier indicated that a Security Council resolution was needed to approve a military mission to Haiti.

For now, the situation is not totally out of hand (at least by Haitian standards). That was implied by Haiti’s elections minister Mathias Pierre, who said over the weekend, “We have a responsibility to avoid chaos.”

There is still time to consider options. As the unperturbed Pentagon spokesman John Kirby told Fox News on Sunday: “We’re analyzing it just like we would any other request for assistance at the Pentagon. It’s going through a review.”

The reluctance of the Biden administration to get deeply involved in Haiti would be perfectly understandable even without the Afghanistan backdrop. It has quagmire written all over it.

Despite multiple interventions over the years, the terrible problems in Haiti have persisted. The international community may be able to rescue it from time to time, but ultimately it is Haiti that must right itself, that must make of its “wild animals” an endangered species, and provide the people with a proper government and a chance for a decent life.

Hopefully, that process can begin without sending American soldiers to Port-au-Prince.