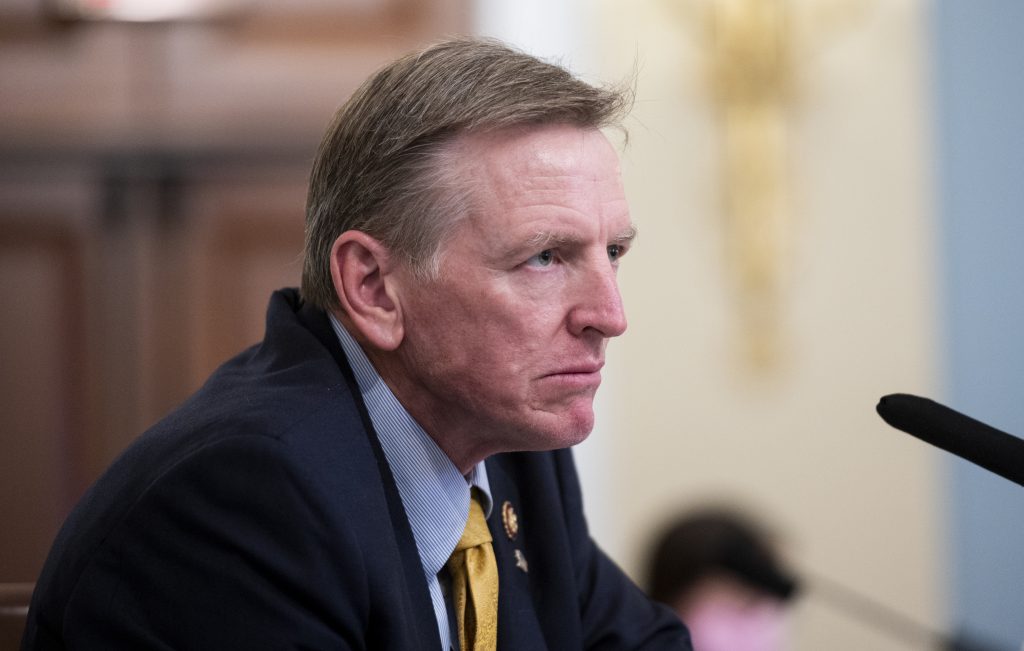 Nick Fuentes is a 22-year-old white nationalist who, among other outrageous acts, mocked the systematic murder of six million Jews during Churban Europa by saying that that number of “batches of cookies” could not have been “baked” in five years.

“The math doesn’t quite seem to add up there,” he added.

Later, under fire, he insisted he isn’t a Holocaust denier and that his words were “all irony,” just a “funny joke.”

Mr. Fuentes, who has warned that the nation is losing “its white demographic core,” leads a group called “America First,” a name that is pointedly reminiscent of the “America First Committee” of the 1940s. That group opposed any U.S. involvement in World War II and, even after removing the notoriously antisemitic Henry Ford from its executive committee, featured as a speaker equally notorious antisemite Charles Lindbergh.

In that speech, Lindbergh asserted threateningly that “Instead of agitating for war, the Jewish groups in this country should be opposing it in every possible way, for they will be among the first to feel its consequences.”

Mr. Fuentes proudly marched at both the “Unite the Right” rally in Charlottesville, Virginia, in 2017 (though he later charged, falsely, that it had been funded by George Soros) and at the U.S. Capitol on January 6, and later called the rioting “awesome.”

A rather unsavory character. But one without any important standing beyond being a provocateur. It’s not like the white nationalist is an elected official.

Paul Gosar, though, is.

In fact, the former dentist from Prescott, Arizona, is a five-term Republican congressman. And he is something of a fan of Mr. Fuentes.

Recently, a social media channel associated with Mr. Fuentes advertised an upcoming fundraiser that would feature himself and Representative Gosar.

Once the announcement gained traction in the media, criticism ensued. At first, Mr. Gosar didn’t deny his involvement with the fundraiser, denying only that Mr. Fuentes’ group included “racial supremacists” and writing that he was “not sure why anyone is freaking out.”

Then, though, a bit later, Representative Kevin McCarthy of California, the House minority leader, told The Washington Post that Mr. Gosar had told him that the advertised fund-raiser was “not real.”

But the past can’t be so easily disposed of. Mr. Gosar was the keynote speaker earlier this year at a conference hosted by Mr. Fuentes’ group. And the Congressman has spread America First’s motto and projects on social media and written to the F.B.I. on congressional letterhead in Mr. Fuentes’ defense.

In return, Mr. Fuentes has praised the congressman on his program and social media channels and urged his followers to donate money to his campaign.

Mr. Gosar proudly expresses views he knows will rankle. He has called President Biden a “fraudulent usurper,” and efforts to seat him “sedition” and a “coup.”

He also defended meeting in 2017 with the Oath Keepers, a right-wing militia whose members prominently participated in the Capitol riot. During the meeting, the congressman told members of the group that the United States was in a civil war. “We just,” he said, “haven’t started shooting at each other yet.”

And significantly, when he ran for re-election in 2018, six of Mr. Gosar’s nine siblings publicly warned that his increasingly extremist views made him unfit for office, and endorsed his opponent.

Tellingly, even robustly conservative commentator Ben Shapiro has earned a place on Mr. Gosar’s enemy list. (And Mr. Shapiro, in a speech this month at Stanford University, while he declined to mention Fuentes’ name, clearly meant to refer to him by saying: “You tell edgy jokes about the Holocaust and cookies. Because, I mean, what could be funnier than that, obviously?”)

So far, though, despite his unsavory record, Representative Gosar has not suffered any censure or punishment from House Republican leaders.

By contrast, in 2019, then-Congressman Steve King of Iowa was stripped of his committee assignments by Mr. McCarthy after asking a New York Times reporter, “White nationalist, white supremacist, Western civilization — how did that language become offensive?” and expressing support for the “Great Replacement” theory, that there is a conspiracy to “replace” white Americans with darker immigrants.

And the minority speaker also condemned offensive comments by Representative Marjorie Taylor Greene, including her comparing the encouragement of mask-wearing to the Nazis’ imposition of yellow stars on Jews. She later apologized.

It’s time Representative Gosar was called on the carpet by his party’s leaders and given the same opportunity.