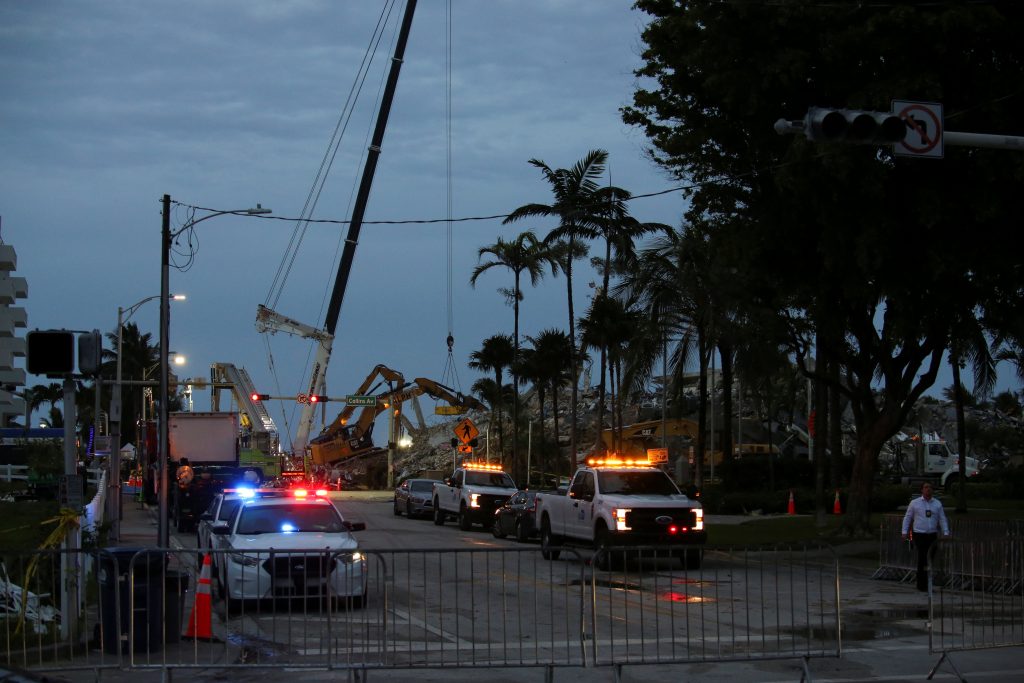 Search-and-rescue teams pulled the remains of eight more victims from the ruins of a Florida condominium tower on Tuesday, after being able to penetrate deeper into the site after the demolition of a fragile section that had remained standing.

With a confirmed death toll now of 36, 109 people who may have been inside Champlain Towers South when it fell on June 24 are still considered missing. That number could change as police detectives work to confirm the names.

“I ask all of you around the world who continue to follow this story, please keep these victims in your hearts and prayers,” Miami-Dade Mayor Daniella Levine Cava told a news conference.

The search for more victims carried on even as Elsa, which strengthened into a Category 1 hurricane, was on track to make landfall on Florida’s northern Gulf Coast on Wednesday morning.

Forecasters say Surfside will likely be spared the worst of the storm, but its approach prompted local officials to demolish a still-standing section of the 12-story tower on Sunday night over worries that high winds could knock it down.

Lightning brought by Elsa forced search-and-rescue teams to halt their operation for a time on Tuesday. Officials said their task could be interrupted again before the storm passes.

Though local officials say they have not given up hope of finding survivors, no one has been discovered alive in the rubble since the first few hours after Champlain Towers South collapsed. Miami-Dade County Fire Chief Alan Cominsky said rescuers have not found any “livable spaces” where survivors could have been spared.

More than 124 tons, or 5 million pounds, of debris has been removed from the site, with identifiable pieces sent to a police warehouse for use in upcoming investigations, including a grand jury probe.

Investigators have not determined what caused the tower to fall. Attention has been focused on a 2018 engineering report that warned of structural deficiencies.

The disaster has prompted officials across South Florida to study residential buildings for signs of poor construction or structural weaknesses.

Residents of a North Miami Beach condominium, Crestview Towers, were told to leave immediately last week after engineers found serious concrete and electrical problems. They have not been allowed to return as city officials try to determine if the building can be shored up to make it safe.