National 5 Injured After Building Under Construction Collapses in DC
National 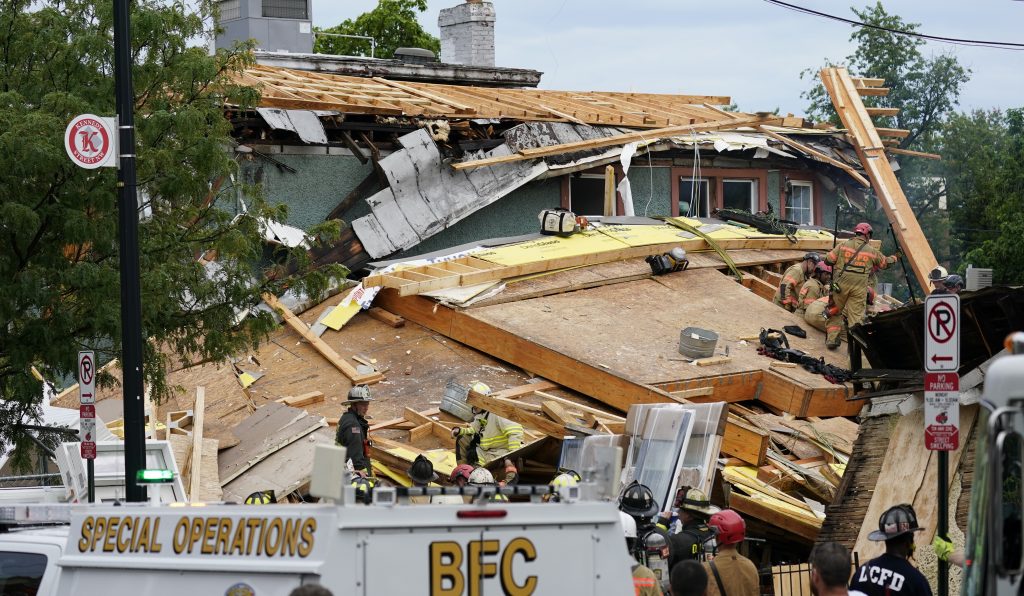 Five workers were injured Thursday when a building under construction collapsed in the nation’s capital, trapping one man for more than an hour as firefighters worked feverishly to free him from layers of debris.

The collapse happened around 3:30 p.m. in the Brightwood Park neighborhood of Washington.

Fire officials said the five-story building was under construction when it fully collapsed, injuring all the workers at the site. Firefighters worked for more than 90 minutes to free one man man from the rubble, using saws and other equipment to cut through wood and other debris that trapped him.

District of Columbia Fire and EMS Chief John Donnelly said four other construction workers were pulled out of the rubble after rescuers arrived at the scene and they were all taken to the hospital with non-life-threatening injuries.

The man who was trapped was first found by a search and rescue dog and was stuck under about three floors worth of debris, Donnelly said. He was able to communicate with the firefighters but was trapped in an area with about 8 inches (20.32 centimeters) of space around him, the chief said.

Firefighters had to use chainsaws and electric saws and move wooden boards, walls and other debris to free him. Once he was freed, emergency crews rushed him to the hospital with serious but not life-threatening injuries, Donnelly said.

City officials said the five-story building was under construction and authorities were still working to determine if proper permits were issued and regulations were being followed. An inspector from the Department of Consumer and Regulatory Affairs, the agency that regulates construction in Washington, was also sent to the scene after the collapse.

Officials said it was too early to determine a cause or to say whether a storm rolling through may have played any role.