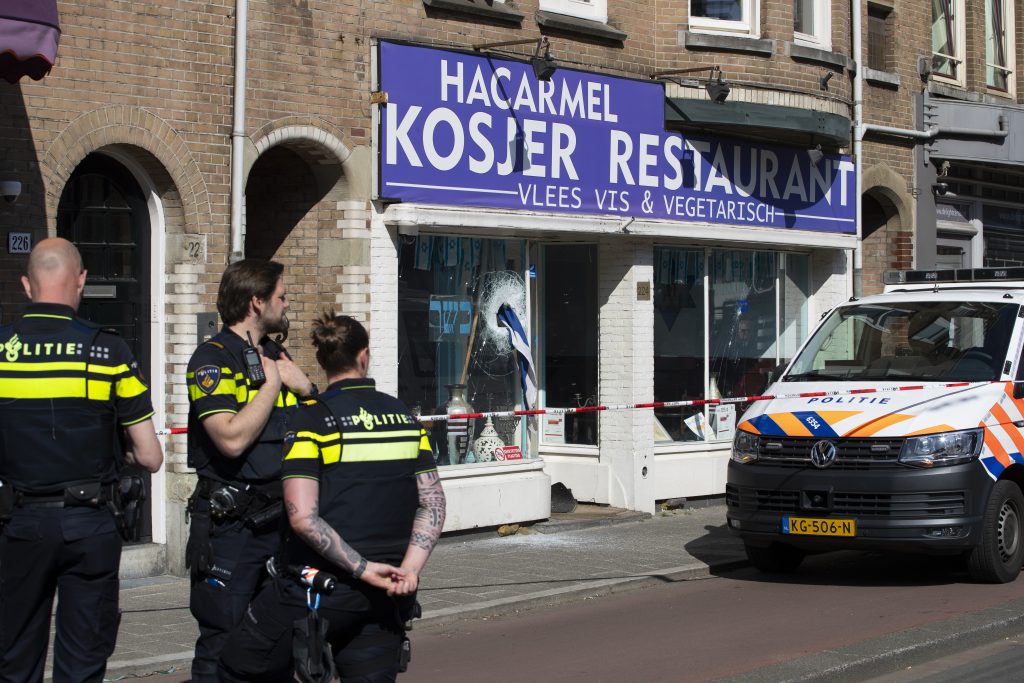 A man who allegedly vandalized a kosher restaurant in Amsterdam last year, smashing a window and ramming an Israeli flag through the hole, acted with terrorist intent, prosecutors alleged Wednesday.

The prosecutors asked a court in Amsterdam to order the man to undergo psychiatric treatment at a secure facility and impose a sentence of 418 days’ imprisonment — the length of time he has been jailed since his arrest.

The 32-year-old suspect is accused of the vandalism at the HaCarmel restaurant in May last year, the sixth attack targeting the restaurant in recent years.

Prosecutors explained in a statement why they called it a terror attack.

“On the one hand, we are talking of ‘only’ a broken window and burned flag. On the other hand, we are dealing with a case that has caused a great deal of commotion, emotions and fear. The suspect’s actions caused great fear in society.”

The suspect was convicted two years ago of vandalism at the same restaurant. Prosecutors did not link that attack to terrorism, but say the circumstances are different now.

A bureau that analyzed the suspect concluded that he is “radicalized, holds extremist ideas and acted based on that ideology,” prosecutors said, adding that his actions are based on a pro-Palestinian sentiment.

The court is scheduled to deliver its verdict on July 14.