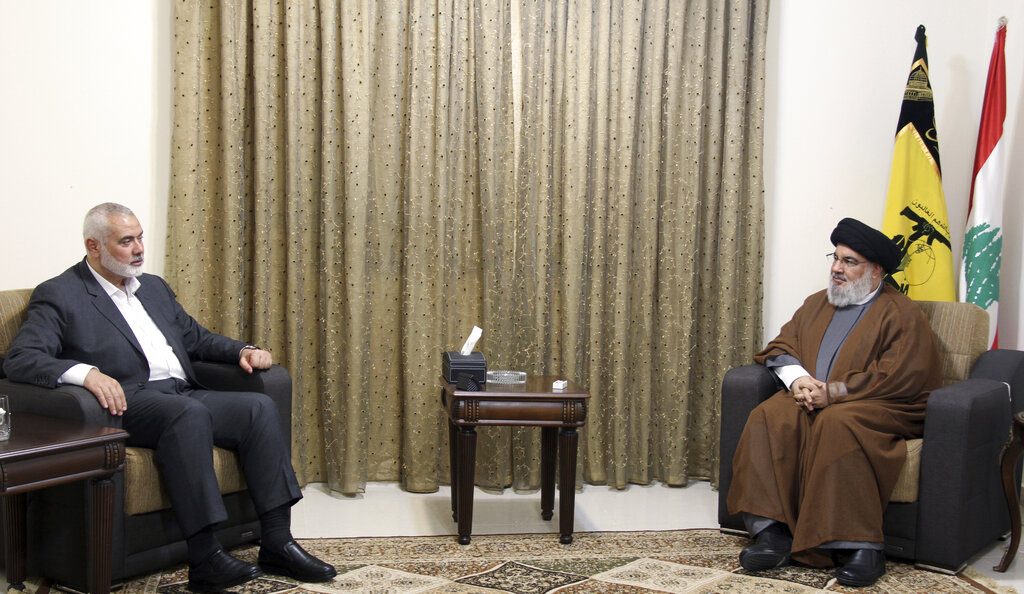 The top leaders of the terror groups Hezbollah and Hamas held talks in Beirut on Tuesday about last month’s 11-day war against Israel in the Gaza Strip.

On Tuesday, Haniyeh and Hezbollah leader Sayyed Hassan Nasrallah discussed how they can build on the experience of the latest round of violence. The bruising war had caused widespread destruction in the Gaza Strip, brought life in much of Israel to a standstill.

There were no comments after the meeting that brought Nasrallah and Haniyeh together. It was the first between the two since September.

During the war, Hamas and other terror groups fired over 4,000 rockets into Israel with dozens of projectiles flying as far north as Tel Aviv.

Hezbollah and Israel fought a 34-day war in 2006 that ended in a draw.

After the end of the war in Gaza, Haniyeh visited Egypt for Palestinian reconciliation talks. He later visited Morocco and Mauritania before arriving in Lebanon.