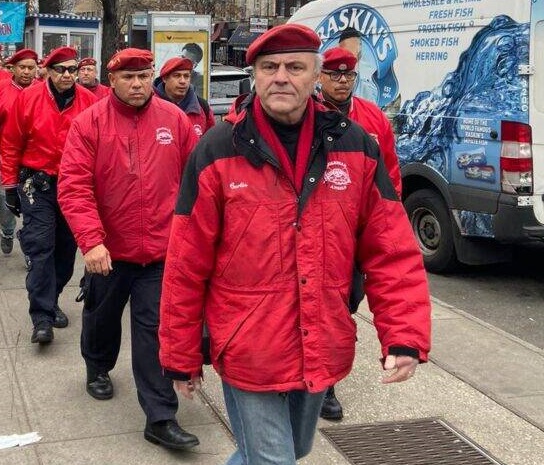 After Curtis Sliwa was declared the winner of the Republican primary for mayor of New York City, Agudath Israel of America released a statement concerning a rant by Mr. Sliwa in Hudson valley to the Reform Party in 2018 in which he berated Chassidish Jews.

“Agudath Israel of America, like all New Yorkers of good will, is outraged at current mayoral candidate Curtis Sliwa’s recently publicized rant against Hassidic Jews,” it said in its statement. “Our outrage is accompanied by great surprise, considering how Mr. Sliwa and the Guardian Angels group he founded have shown great concern for the safety of Jews.”

In his 2018 remarks, Sliwa berated Chassidim, hurling age-old misrepresentations and distortions that haters have used for centuries at contemporary Jewish residents of Hudson Valley counties.

Among much other ugliness, he expressed disdain for Jews who donate to political candidates, and derided “able-bodied men who study Torah and Talmud all day.” Such Jews, he said, don’t vote like “normal Americans,” and have the audacity to access educational funding for their schools to which they are entitled.

With the recent spate of violent attacks on Jews still in recent memory, words like his only add fuel to the fire of Jew-hatred. “A repudiation of the offensive and fallacious words, and an apology – a sincere one – are in order,” the Agudah said.

Although he touted his Jewish connections, which in no way justifies his bigoted words, he asserted at the end of his remarks that “The moment you bring this to somebody’s attention, you’re called an anti-Semite.”

The Agudah statement reminded Mr. Sliwa that when one parrots the traditional canards used by anti-Semites, one is reasonably suspected of being among them.