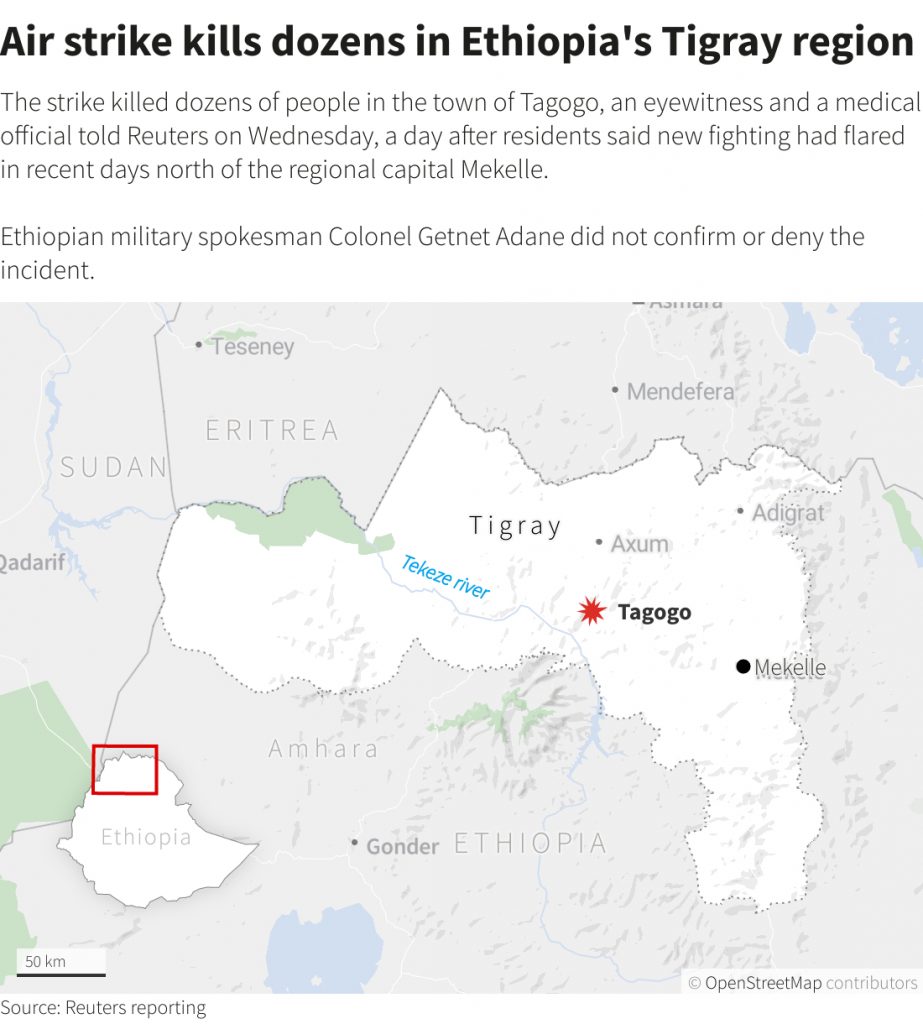 An airstrike killed dozens of people in a the town of Tagogon in Ethiopia‘s Tigray region, an eyewitness and a medical official told Reuters on Wednesday, a day after residents said new fighting had flared in recent days north of the regional capital Mekelle.

The bomb hit a market at around 1 p.m. on Tuesday, according to a woman who said her husband and 2-year-old daughter were injured in the strike.

“We didn’t see the plane but we heard it,” she said. “When the explosion happened, everyone ran out – after a time we came back and were trying to pick up the injured.”

A medical official said dozens had been killed, citing witnesses and first responders.

Ethiopian military spokesman Colonel Getnet Adane did not confirm or deny the incident. He said air strikes were a common military tactic and the force does not target civilians.

Three other health workers told Reuters that the Ethiopian military was blocking ambulances from reaching the scene.

One medical worker said around 20 health workers in six ambulances had tried to reach the wounded but soldiers stopped them at a checkpoint.

“They told us we couldn’t go to Toboga. We stayed more than one hour at the checkpoint trying to negotiate, we had a letter from the health bureau – we showed them. But they said it was an order.”