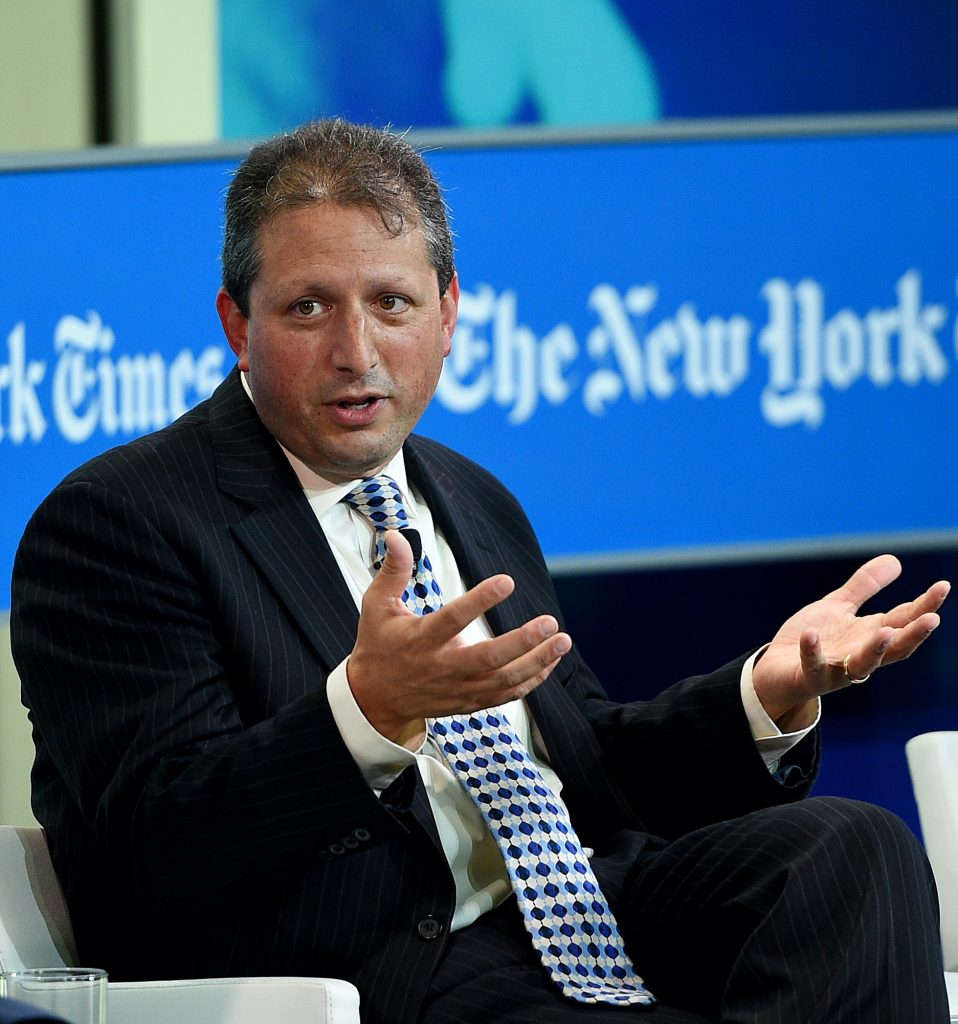 The Democratic primary in the 48th New York City Council District will come down to absentee ballots and ranked-choice tabulations, with the top two candidates separated by just 204 votes.

These results are only for first-place votes by voters who cast their ballots in person, either during early voting or on Primary Day. The final results will come only after all absentee ballots are counted and ranked-choice tabulation is complete, which could take several weeks.

As of Wednesday evening, the Board of Elections said 1,491 Democratic voters in the district had mailed in their absentee ballots, just under half the numbers of voters who had requested absentees. To be valid, absentee ballots had to have been postmarked by Primary Day.

None of the four candidates who responded to Hamodia’s request for comment declared victory or conceded defeat.

Saperstein said it is “an honor to be in the lead after the first round of ballot counting,” and that he is “looking forward to seeing the absentees and ranked choice voting process working out in our favor and then optimistically transitioning to the general election.”

“With the absentee ballots and ranked choice process, anything can happen,” Markh said. “It’ll be an exciting and tense few weeks, and I am happy that the all the voters will have their voices heard in having all their ranked candidates counted.”

“Ranked choice voting has changed our process so much that despite currently being in third place, I still have a path to victory,” Adler said, “rooted in the data that suggests a high percentage of the fourth-place candidate’s voters selected me as their number 2 choice.”

Bendet said, “The race was very competitive and we’ll see how everyone ranks after ranked choice voting. No matter the result, I am very proud of my team’s work in this campaign and I will always work on behalf of this district.”

Whoever wins the primary will immediately face another tough battle, as this is one of the few general elections in the heavily Democratic city that will likely be competitive. Republican Inna Vernikov is expected to be a formidable contender, as the district is among the most conservative in New York City.

Below are results of some other Democratic primaries. (Depending on the race, roughly 95% to 99% of the ballots have been tallied.)

— Incumbent Farah Louis easily won the primary for City Council in the 45th District, which includes parts of Midwood, with more than 75% of the vote.

— In the 47th City Council District, which includes Sea Gate, and portions of Gravesend and Bensonhurst, Ari Kagan has 42.65% and Steven Patzer has 33.9%. Joseph Packer and Alec Brook-Krasny are far behind in third and fourth place, respectively.

— In the 40th City Council District, which includes parts of Kensington, Prospect Lefferts Gardens and Crown Heights, Rita Joseph won 25.2%, Josue Pierre had 20.3%, and Kenya Handy Hilliard had 19.2%. Eight other candidates split the rest of the vote, including Maxi Eugene, brother of Mathieu Eugene, who currently holds the seat but is term-limited.

— In the 39th City Council District, which includes part of Boro Park, Shahana Hanif won 32.4%, Brandon West got 22.5%, and none of the other five candidates cracked 17%.

— In the 38th City Council District, which includes a tiny sliver of Boro Park, Alexa Aviles easily won with 43.5% of the vote, more than double any of the other five candidates.

— In the 35th City Council District, which includes Crown Heights, Crystal Hudson has 38.5%, with Michel Hollingsworth at 34.5%, Renee Collymore at 12.5%, and four other candidates in single digits.

— Antonio Reynoso will likely be the next Brooklyn borough president, winning 28.2% of first-place votes, followed by Robert Cornegy at 19.2 percent, and Jo Anne Simon at 17.6%. Twelve candidates were on the ballot.

— Mark Levine won 28.67% of the vote for Manhattan borough president, with Brad Hoylman at 25.66%. None of the other five candidates cracked 13%.

— Incumbent Donovan Richards is leading a close race for Queens borough president with 41.5% of the vote; Elizabeth Crowley is just behind at 40.2%. Jimmy Van Bramer is way behind at 17.82%.

The races for district attorney and judge don’t use ranked-choice voting, but those results won’t be final until absentee ballots are received and tabulated.

— In the eight-candidate race for Manhattan district attorney, Alvin Bragg has 33.8% of the vote, and Tali Farhadian Weinstein has 30.4%. No other candidate has as much as 12%.