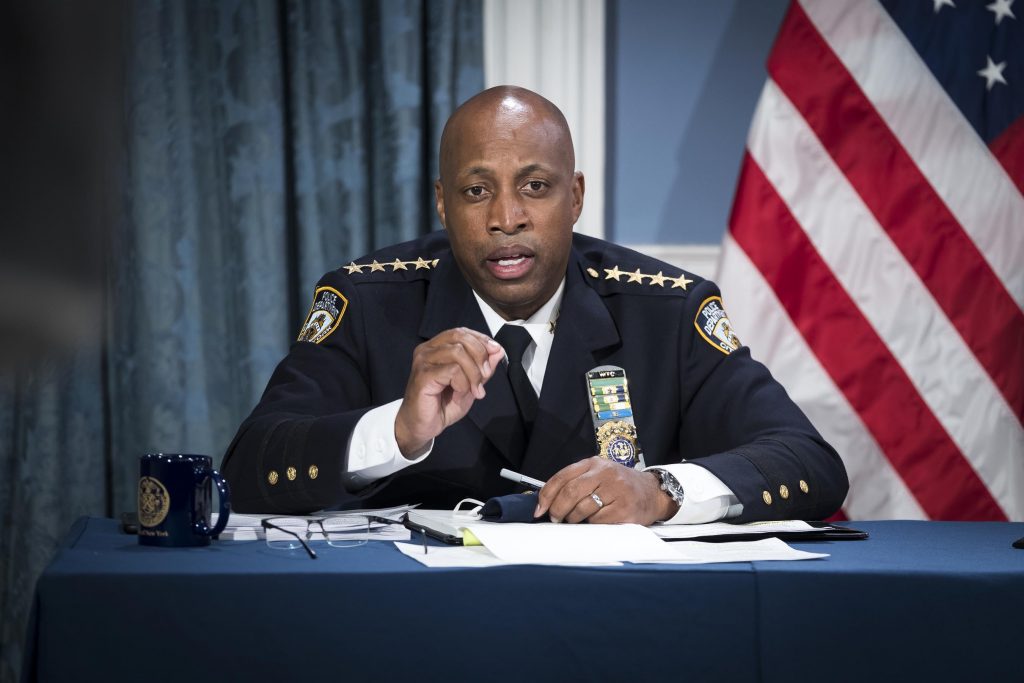 The NYPD will increase the maximum reward for people who call the crime tip line from $2,500 to $3,500, Mayor Bill de Blasio announced at his press conference on Monday.

“The police work very, very hard to protect all of us, but they can’t do it alone. The community has to be deeply involved. The more involved the community, the better the outcomes for all of us,” said de Blasio, urging people to call the tip line. “Policing only works in coalition with the community.”

Chief of Department Rodney Harrison, who joined the mayor’s press conference, gave an overview of the success of the Crime Stoppers tip line, including information that lead to solving close to 1,600 homicides. More than $2.7 million of rewards for people who called in since 1983.

Harrison said tips solved crimes such as assaults on elderly New Yorkers in 2020 and gang shootings in 2019.

“When you call, you do something very important to protect yourself, your family, your fellow New Yorkers. Folks have heard that call. It’s amazing to say that over 5,600 crimes – over 5,600 crimes have been solved with tips called in,” de Blasio said.

The money is provided by the New York City Police Foundation.