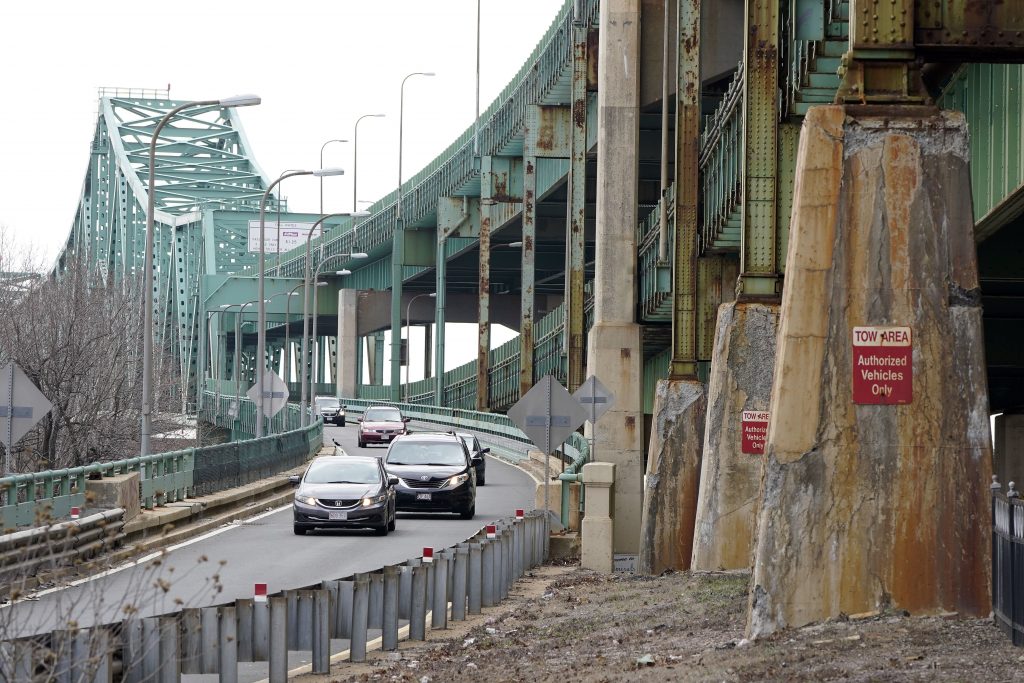 Infrastructure used to be one thing everybody could agree on. Even Donald Trump and Hillary Clinton agreed in the 2016 campaign that the United States badly needs to improve its roads, bridges and power grids. The only thing they disagreed on was how much to spend on it.

A few days ago, a committee of five Republicans and five Democrats in the Senate agreed on a compromise infrastructure bill of nearly a trillion dollars, but still way less than what Democrats have in mind.

Now, there isn’t even agreement on whether there was an agreement. Republicans said they had a deal. But Democrats in the group said negotiations were ongoing, according to The Wall Street Journal.

Sen. Rob Portman (R-Ohio) tried to put a happy face on it, saying that “everything is still under discussion, but there is a framework that hangs together.”

But the fact of the matter is that even if the framework does hang together, it won’t satisfy the progressive Democrats who cling to the maximalist $4 trillion package, which wraps green energy and caregiving into a wildly expansive definition of infrastructure.

Senate Budget Committee Chairman Bernie Sanders (I-Vt.) said that he would not vote for the bipartisan proposal because it would not be paid for by raising taxes on the wealthy.

In a phrasing peculiarly reminiscent of former President George W. Bush’s “No Child Left Behind” program, Sen. Ed Markey (D-Mass.) said: “We can’t leave the climate behind. We have to have a guarantee that it will be included in a bill that has the votes to be put ultimately on the desk of the President.”

The solution on offer currently is a two-track approach: pass the roughly $1 trillion bipartisan measure, with a parallel or follow-on bill for everything else that would be pushed through as a reconciliation item that would require only a simple majority, which the Democrats have, rather than the 60 votes that they don’t have.

The trouble is that bipartisanship with an option for strictly partisan additions isn’t bipartisanship at all. Holding a progressive utopia (or dystopia, take your pick) over the heads of Republicans isn’t likely to work. With a massive, multi-trillion dollar Democrats-only package looming, Republicans are likely to back off the smaller bipartisan bill. The danger is that a core infrastructure deal now might make it easier to pass phase two. Republicans who see what’s up are less enthused about the compromise.

Then the Democrats will face the problem of bringing along Sen. Joe Manchin and others in their party who are serious about bipartisanship and quail at the profligacy of the alternative.

The difference between the two bills would also be much more than size. The progressives are pushing a multi-trillion social spending spree that never ends. The core infrastructure items Republicans can believe in are basically one-time expenditures. They may be overbig and inefficient, but they’ll be pretty much over when they’re over.

Not so the all-encompassing, $4 trillion-plus deal which would include universal preschool, free community college, and new federal programs for childcare and paid family leave. Those are big ideas that, if passed, would be here to stay.

Furthermore, Republicans who are ready to vote for infrastructure now and some of the social spending — which do include some worthy items, if not on the scale of Democratic socialism — later, might not even vote for fixing potholes if the Democrats won’t bend. For they might just view the smaller bill as a way to mark down the price of the bigger bill, making it easier for reluctant Democratic moderates to vote for it.

Alas, the progressives want it all, and they want it now.

Sen. Elizabeth Warren (D-Mass.) said it pithily before a caucus meeting on Tuesday: “I’m confident that there’s only one deal that’s out there, and that’s one deal that covers all the pieces we need in infrastructure. There’s no half a deal or a quarter of a deal that I can support, and I think I have a lot of Democratic colleagues who feel the same.”

Could be. But the situation is such that if they insist on all-or-nothing, they might just get nothing.

For the ideological fire-eaters like Warren and Sanders, that might be acceptable. But for the millions of Americans who want to finally see concrete improvements (literally) after years of empty infrastructure talk, pragmatism beats utopianism.