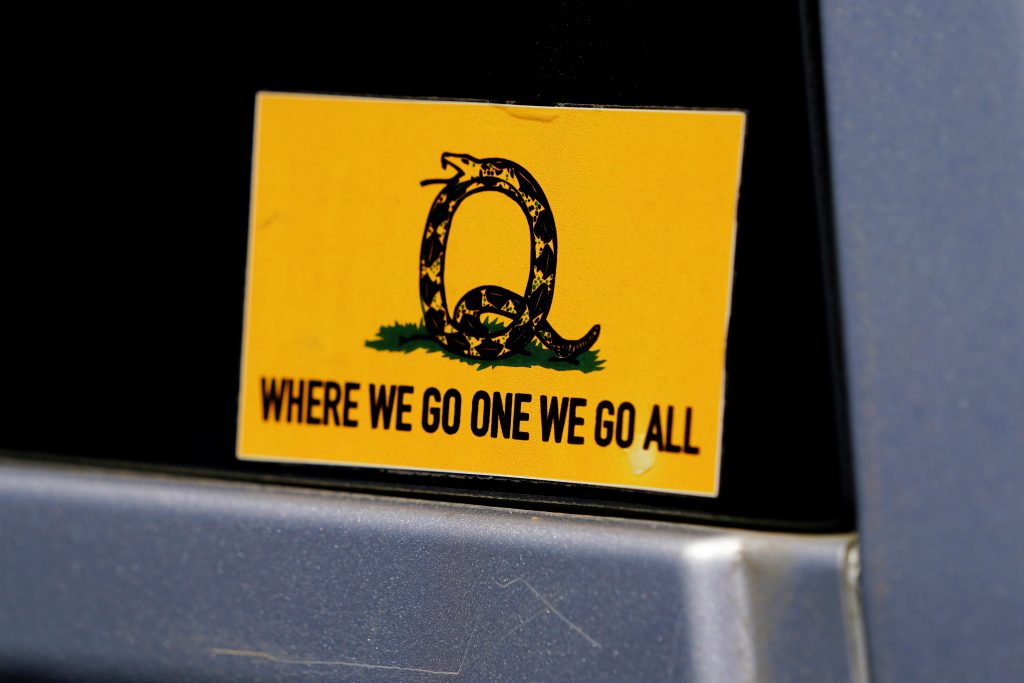 A new federal intelligence report warns that adherents of QAnon, the conspiracy theory embraced by some in the mob that stormed the U.S. Capitol, could target Democrats and other political opponents for more violence as the movement’s false prophecies increasingly fail to come true.

The report was compiled by the FBI and the Department of Homeland Security and released Monday by Sen. Martin Heinrich, a New Mexico Democrat. It predicts that while some QAnon adherents will pull back, others “likely will begin to believe they can no longer ‘trust the plan.'”

As major social media companies suspend or remove QAnon-themed accounts, many followers have moved to less well-known platforms and discussed how to radicalize new users on them, the report says.

The movement around QAnon has already been linked to political violence, notably during the Jan. 6 Capitol insurrection in which some rioters believed they would reverse Trump’s defeat. At least 20 QAnon followers have been charged with federal crimes related to Jan. 6, according to an AP review of court records.

Some charged in the riot wore attire bearing the telltale letter “Q” when they stormed the Capitol. Lawyers for some of the defendants have argued their clients were specifically misguided by QAnon.