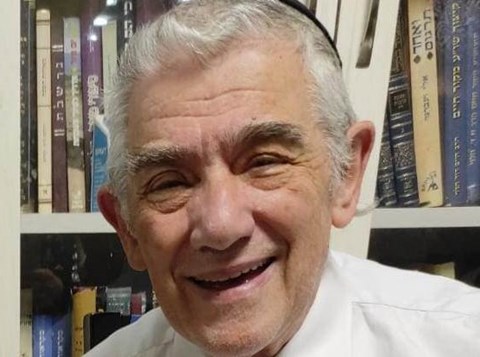 The noted Dr. Reb Eli Yosef Schussheim, z”l, President of the Efrat Association, was niftar on Wednesday at the age of 80.

He collapsed last Shabbos, during a family simchah, and was hospitalized ever since in a very serious condition in the Hadasah Ein Kerem Hospital, where he returned his soul to its Creator.

For the past four decades, Dr. Schussheim has been the head of the Efrat Association, which encourages mothers-to-be and helps families financially help care for their children. He has helped thousands of families and many owe him gratitude.

Dr. Schussheim was born in Buenos Aires, Argentina, to where his parents fled from Poland before World War II. After graduating in medicine in 1963, he specialized in general surgery.

Upon immigrating to Eretz Yisrael in 1965, he began working at the Shaare Zedek Hospital and later at Hadassah Ein Kerem Hospital in Yerushalayim. He founded the Neve Simcha Nursing Hospital and even served for years as a Knesset doctor.

Dr. Schussheim was a physician to many Gedolei Yisrael, including Harav Aryeh Levin, Harav Yisrael Moshe Dushinsky, the Mekubal Harav Yitzchak Kadouri, the Pnei Menachem, and others, zecher tzaddikim livrachah.

His levayah will be held Wednesday night at the Sanhedria Cemetery in Yerushalayim.