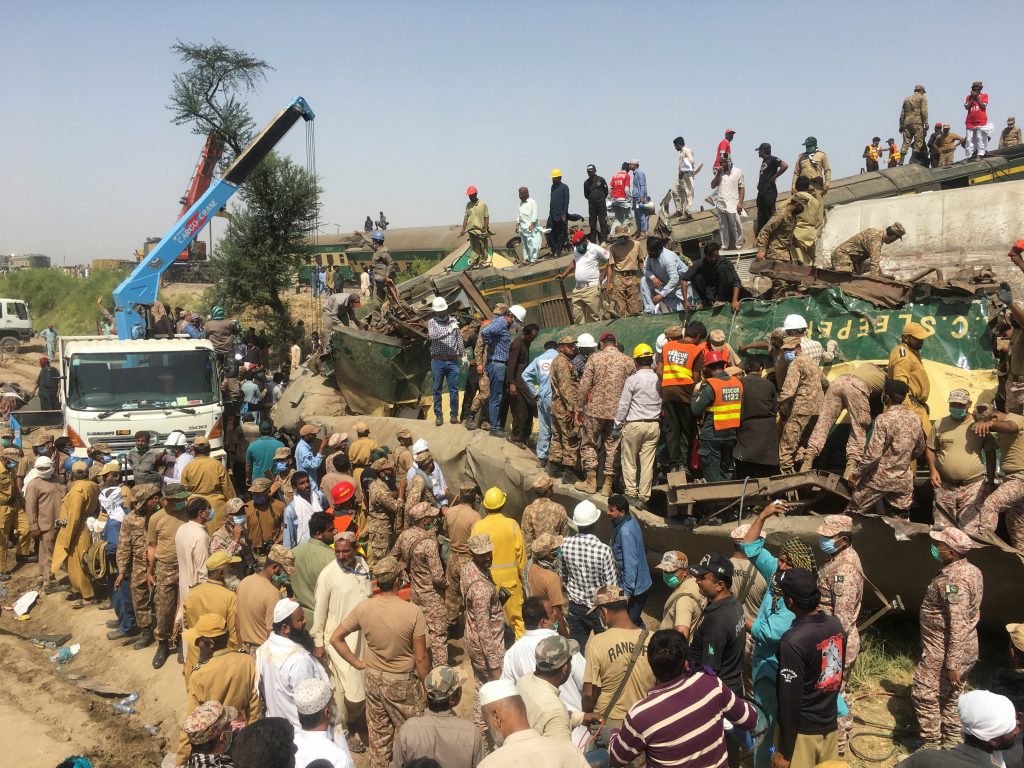 The death toll in a train crash in southern Pakistan rose to 56 on Tuesday, a railway spokeswoman said, the latest accident to highlight a broken railway system that dates back to the 19th century.

A train smashed into derailed carriages of another train on Monday, killing at least 36 people and injuring over 100.

The toll rose to 56 after bodies were retrieved overnight from mangled coaches strewn across the tracks, Pakistan Railways spokeswoman Nazia Jabeen told Reuters.

Another 23 injured passengers are still under treatment, she said, adding the rest of them were sent to their destinations.

Rescue operations have been completed, said statements from the railway and Pakistani military, which worked at the site along with police and other rescuers.