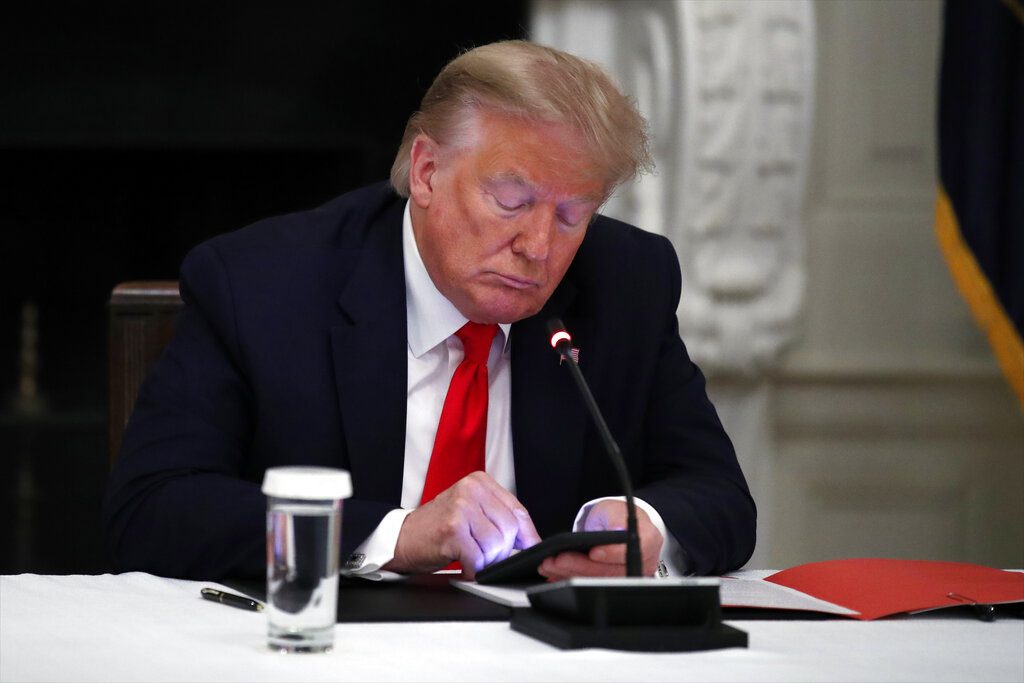 Former president Donald Trump’s blog, a section of his website where his statements were published, has been permanently shut down.

The “From the Desk of Donald J. Trump” page cannot be found on Trump’s site, and senior aide Jason Miller told CNBC it would not return.

“It was just auxiliary to the broader efforts we have and are working on,” Miller said.

The blog, which went online on May 4, was promoted as a communications platform rather than a social media one. Trump has been banned from Twitter, Youtube and Facebook since January 6.

Trump had previously posted videos, statements on politics and culture, and promoted his ventures directly to his followers. The site allowed followers to share the posts on social media, but they could not reply to the posts, Fox News reported.

Prior to Trump being banned from social media platforms, he had amassed millions of followers. The blog struggled to gain traction, was reportedly shoddily made, and gained only a fraction of the followers Trump had on Twitter. The Washington Post reported that Trump made the decision to shut down the blog because of the small follower count.