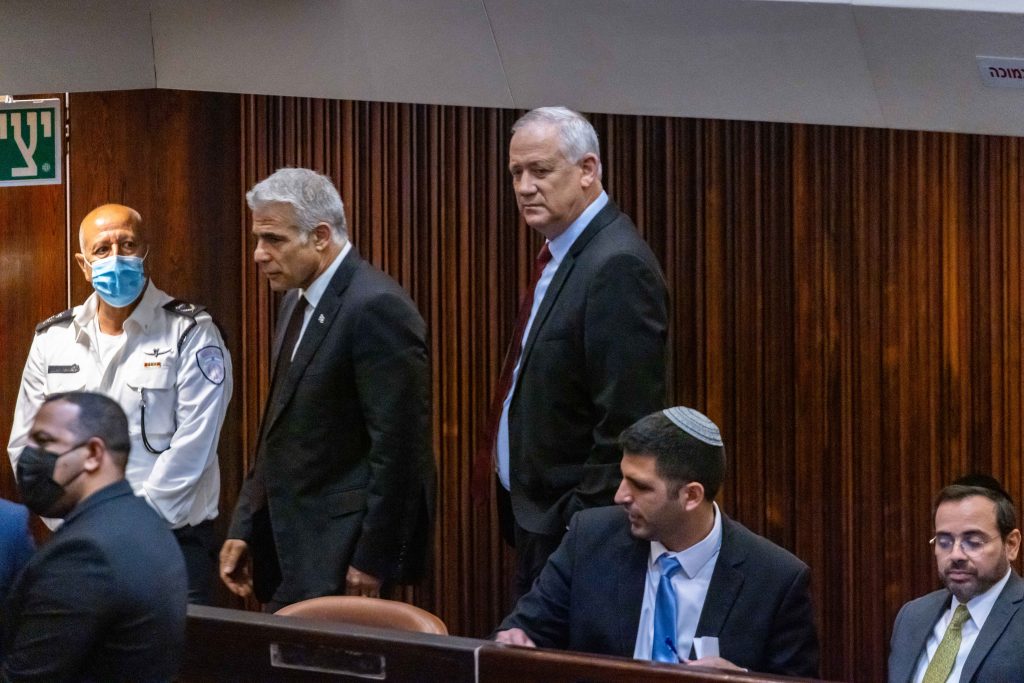 Three signature lines on the document declaring a new government has been formed were still empty as of 6:30 p.m. Israel time, but media reports claimed that progress has been made in the multi-party negotiations.

Yamina was reportedly proposing a rotational solution to the dispute over who will serve on the judicial appointments committee: Labor’s Merav Michaeli or Yamina’s Ayelet Shaked.

The party wants Shaked to sit on the committee first, even though Michaeli had already been promised the position in an agreement made with Yesh Atid leader Yair Lapid. On Tuesday, Yamina threatened that if Shaked did not get the coveted place, they would not join the coalition.

However, Labor party sources said that if such a rotation proposal existed, they were not aware of it, and dismissed it as “spin.”

Ra’am was showing flexibility after Zeev Elkin of New Hope declared that its demands for legitimizing illegal Arab housing “are impossible for me and for [Ayelet] Shaked. We will not agree to them under any circumstances,” according to a Kan news report. Channel 12 said the Islamists were “softening” their position.

Channel 12 posted a photo of the document that would announce to the president that a government has been formed.

The three missing signatures (over their printed names) are those of Naftali Bennett of Yamina, Gideon Sa’ar of New Hope and Mansour Abbas of Ra’am.