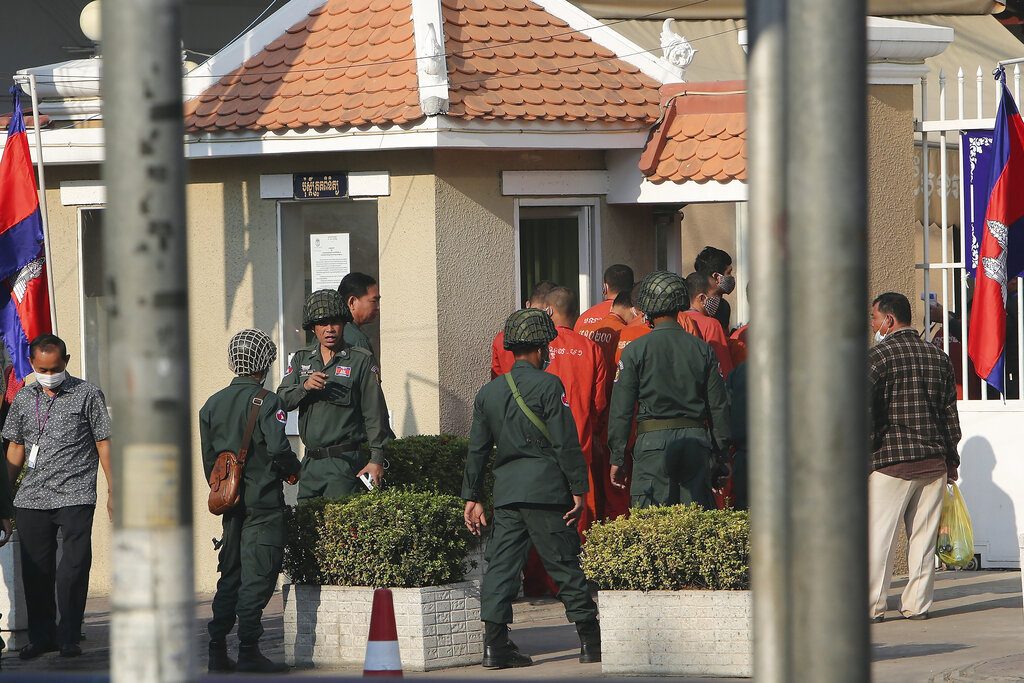 U.S. Deputy Secretary of State Wendy Sherman arrived in Cambodia on Tuesday for the second leg of a regional tour, making her the most senior U.S. official to visit China’s closest ally in Southeast Asia in almost a decade.

The deputy secretary of state’s trip comes amid an ongoing crackdown on opposition figures and against rights activists for speaking up about issues such as illegal logging.

Sherman, who is scheduled to meet Prime Minister Hun Sen, civil society groups and journalists, has faced calls from rights groups for her to bring up human rights and the country’s record on media freedom during her time in the country.

“Freedom of expression is under threat in Cambodia like never before, and now facing internet censorship and controls, so Sherman should demand an end to government censorship and persecution of its critics,” Phil Robertson, deputy Asia director at Human Rights Watch, said in a statement.

“Sherman should also publicly call for restoring respect for basic civil and political rights, like the right to peacefully protest which has been totally repressed in Phnom Penh and elsewhere in the country,” Robertson said.

The visit also takes place as China has become an increasingly important economic ally for Cambodia, which has seen its ties with the United States and the European Union deteriorate in recent years.

Government spokesman Phay Siphan called for dialogue between Cambodia and the United States.

“So for this meeting, if we are honest with each other and put issues on the table, then we can solve the problems,” he added.