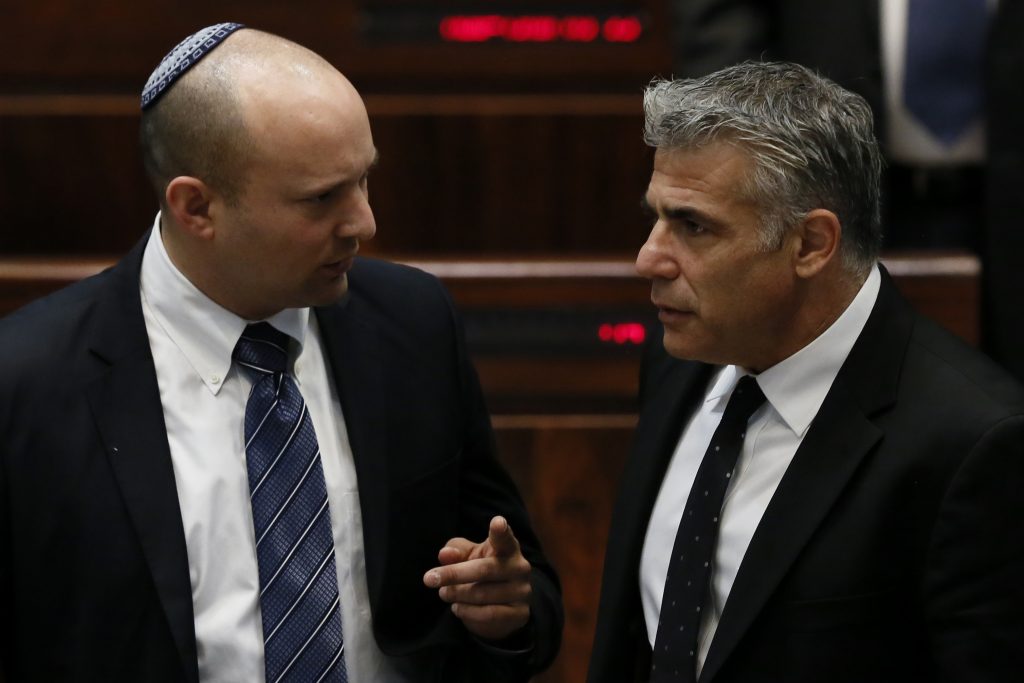 With a week remaining until the expiry of his mandate to form a government, Yesh Atid leader Yair Lapid appears to be progressing with coalition building efforts.

On Thursday, Lapid met with Yamina chairman Naftali Bennett to discuss the forming of a new government.

Bennett had reportedly walked away from coalition negotiations with Lapid when violence broke out between Israel and Hamas earlier this month.

The talks followed on from meetings between Lapid and Gideon Sa’ar, leader of New Hope party. Sa’ar has demonstrated a preference for joining a “government of change” rather than enabling the prime minister to begin a sixth term, despite coming from the old guard of the Likud Party.

Both Bennett’s Yamina and Lapid’s Yesh Atid parties did not publicly comment on the progress of their negotiations.

Yesh Atid is simultaneously in discussions with Labor, Meretz, Yisrael Beyteinu, and the Blue and White Party.

Large ideological gaps remain between the different factions, making the failure of the talks and a fifth Israeli election in less than three years a real possibility.