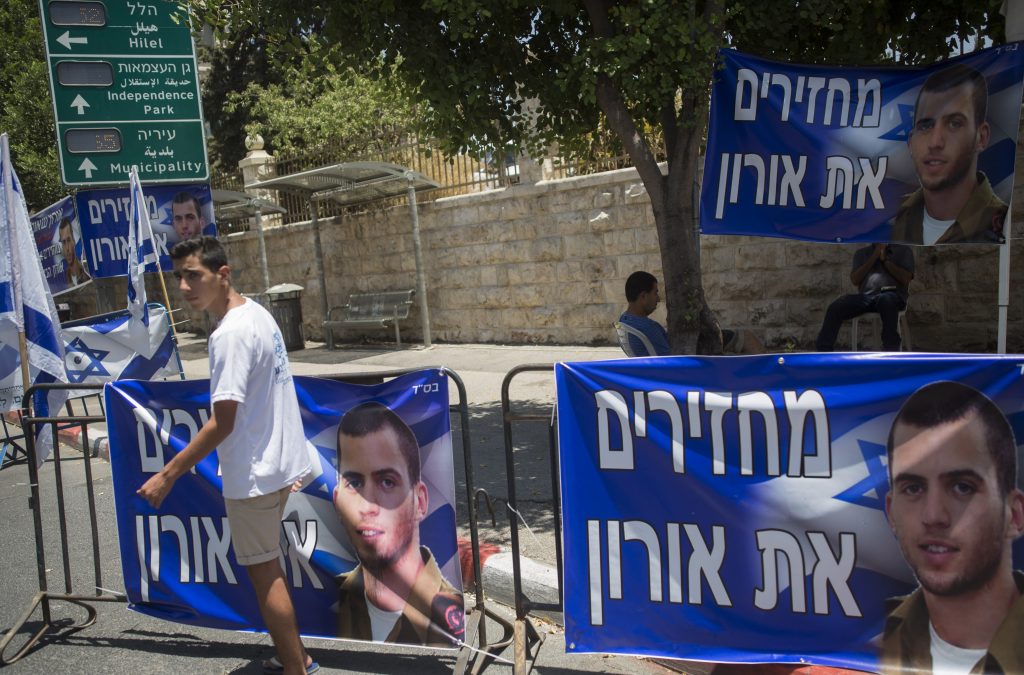 Israel has conditioned the rebuilding of the Gaza Strip on promoting the issue of bringing back its citizens held by the Hamas terrorist group, Lebanese newspaper Al-Akhbar reported Thursday morning.

The parties are expected to meet for indirect talks in Cairo in an attempt to reach an outline for a long-term ceasefire, the rehabilitation of the Gaza Strip following the recent violence, and an agreement on the issue of prisoners and missing persons.

The Gaza terrorist outfit holds the bodies of fallen IDF soldiers Hadar Goldin and Oron Shaul, Hy”d, who were killed in action in 2014, and civilians Avera Mengistu and Hisham a-Sayed.

According to the report, Israel will also demand to hold talks through two separate mediation channels.

Egypt is expecting to play a key role in the rebuilding of Gaza, an issue that was taken up by Qatar following previous rounds of fighting between Israel and Palestinian terrorist factions.

The Egyptians are reportedly seeking to establish a designated directorate that would supervise a future settlement between the parties and make sure that aid money doesn’t fall into the hands of Hamas.

In addition, Cairo demands that Egyptian companies lead rebuilding efforts, but other Arab and international companies are being given the opportunity to take part as well.

According to the report, Cairo aims to make the Rafah border crossing the main gateway to the Gaza Strip as opposed to the Erez crossing at the Israeli border.

Egypt called on the two sides on Wednesday to hold talks in Cairo to solidify a ceasefire that took hold last Friday.

If the talks do happen, the delegation on behalf of Israel to Cairo will be headed by National Security Adviser Meir Ben Shabbat. The defense establishment has not been updated on the talks.

U.S. Secretary of State Antony Blinken traveled to Egypt and Jordan on Wednesday to “rally international support” to rebuild hard-hit Gaza while promising to make sure that none of the aid reaches Hamas. He is trying to bolster Hamas’s rival, the internationally recognized Palestinian Authority.