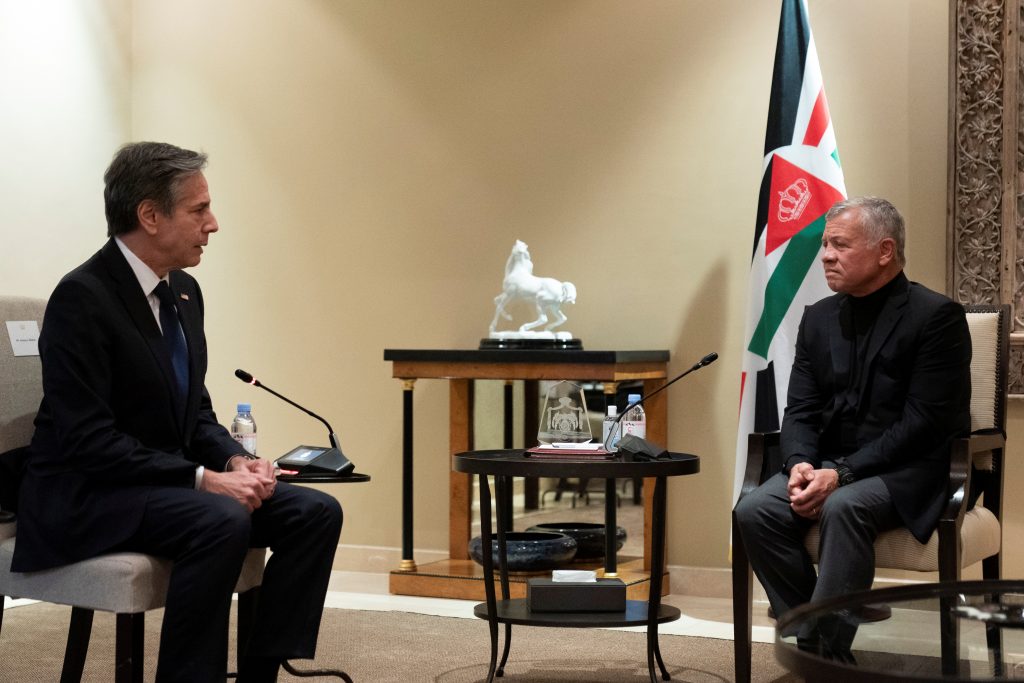 The consulate was the American diplomatic mission to the Palestinians for many years but was closed down by the Trump administration when it moved the U.S. embassy to Yerushalayim and incorporated the consular offices in the new embassy.

It is part of the Biden administration’s efforts to refurbish relations with the Palestinian Authority. Israel reportedly opposes the move.

Blinken said that Abdullah played a “key role” in bringing about the Gaza ceasefire.

The secretary arrived in Amman on Wednesday to wrap up a Middle East tour aimed at shoring up a ceasefire that ended the worst fighting in years between Israel and Palestinian terrorist groups.

The United States and Egypt are working together to let Israelis and Palestinians live in safety and security, Blinken said in a speech during his visit to Cairo earlier in the day.

Blinken said during an event at the U.S. embassy in Cairo that Egypt was a real and effective partner in dealing with the latest violence between Israel and Palestinians.

Meanwhile, British Foreign Secretary Dominic Raab on Wednesday reiterated Britain’s commitment to a two-state solution to the Israel-Palestinian conflict during a meeting with his Israeli counterpart Gabi Ashkenazi.

“Reiterated the (UK’s) commitment to a two-state solution, the importance of a stronger nuclear deal with Iran & our commitment to Israel’s security in my meeting with Gabi Ashkenazi,” Raab said on Twitter.

“Vital we make progress towards a more positive future for Israelis and Palestinians.”