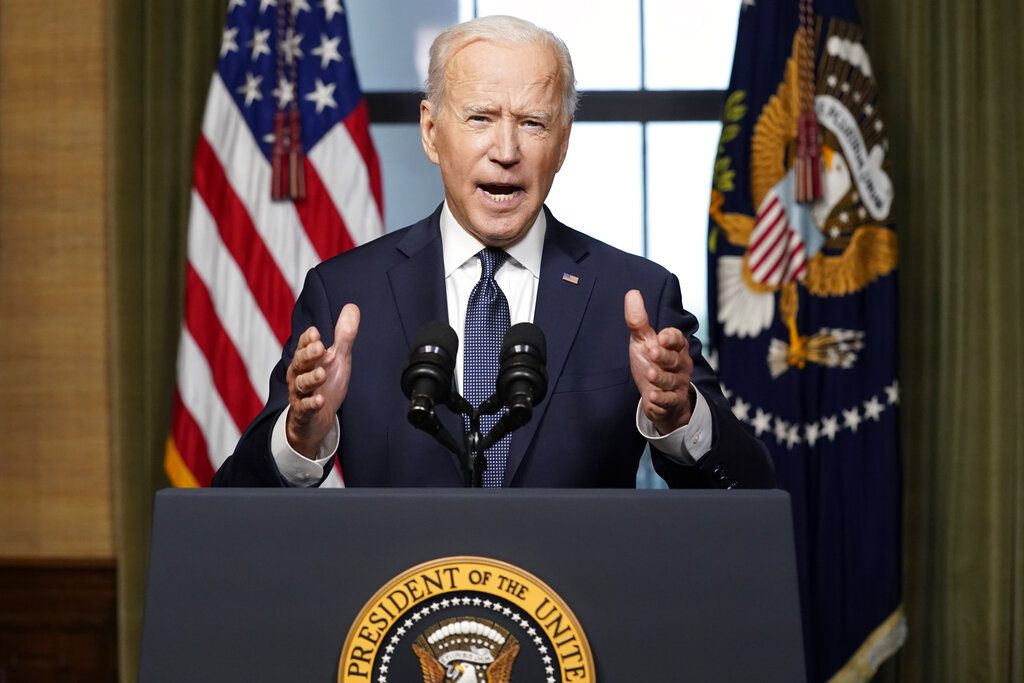 President Joe Biden asked U.S. intelligence agencies to “redouble their efforts” in investigating the origins of the coronavirus, calling for an official government report on the possibility that the virus leaked from a lab in Wuhan, China.

Biden’s statement came as health officials urge an appraisal into the virus and mounting critiques of the WHO’s outright rejection of the possibility the virus was anything but a natural result of animal to human transmission, the New York Times reported.

“Here is their current position: while two elements in the IC leans toward the former scenario and one leans more toward the latter — each with low or moderate confidence — the majority of elements do not believe there is sufficient information to assess one to be more likely than the other,” Biden said.

The calls from politicians and health experts have intensified, as have the demands further inquiries not be reliant on the Chinese government. The WHO faced criticism for quickly absolving the Chinese government of the possibility of a lab accident after a tour of Wuhna overseen by Chinese officials. The research data in the final report was supplied by Chinese scientists.

Andy Slavitt, one of Biden’s coronavirus advisers, said, “We need to get to the bottom of this and we need a completely transparent process from China. We need the WHO to assist in that matter. We don’t feel like we have that now.”

While many scientists still believe it is most likely the virus passed from bats to humans naturally, but they do not discount the possibility the virus escaped from a Wuhan lab by accident.

Dr. Francis Collins, the National Institutes of Health director, told the Senate that “it is most likely that this is a virus that arose naturally. But we cannot exclude the possibility of some kind of a lab accident. That’s why we’ve advocated very strongly that WHO needs to go back and try again after the first phase of their investigation really satisfied nobody. And this time we need a really expert driven, no-holds-barred collection of information.”

Recently released information did not provide answers but rather new questions into the virus origins. The Wall Street Journal revealed that three doctors in the Wuhan Institute of Virology fell ill and required hospitalization in November 2019, with a sickness had been symptoms of both a seasonal flu and the coronavirus.

The Wuhan laboratories had samples from bats from a defunct mine in Danaoshan, China. There, in 2012, six miners trying to clear the mine of the bats living there fell seriously ill with a mysterious disease. Three died. Wuhan scientists discovered new viruses from their samples from the bats.

When a Wall Street Journal reporter tried to reach the mine, police took him into custody, interrogated him for five hours, and deleted photos of the mine entrance from his phone.