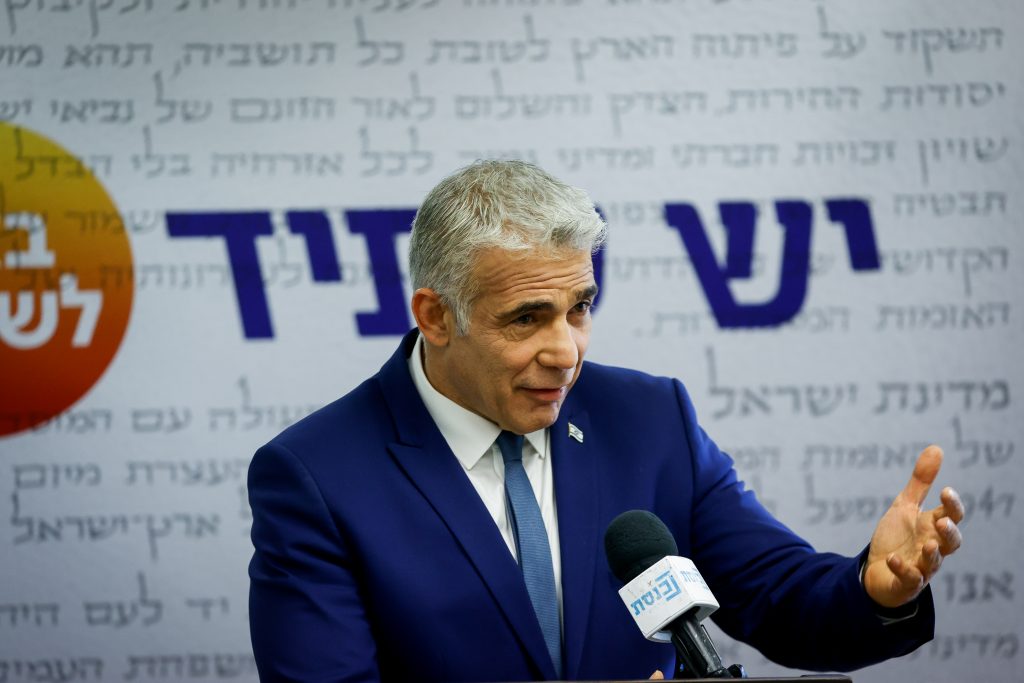 The agreement includes matters of religion and state and building new hospitals in the Negev and Galilee.

Under the deal, Liberman will be Finance Minister, his number two MK Oded Forer will head the Knesset Finance Committee and the party will receive two more portfolios, which are expected to be the Negev and Galilee Development and the Aliyah and Integration ministries.

Yesh Atid is trying to reach agreements with every party that would join the coalition and then present a ready government to Yamina leader Naftali Bennett. New Hope leader Gideon Sa’ar is causing trouble, however, by refusing to finalize a deal until it is clear that Yamina will join.

Lapid sent Meretz MK Esawi Frej to submit a bill that would disperse the Knesset if a coalition cannot be built, so it would be clear to the public that it would be the fault of Bennett for not joining the government. Yesh Atid asked Likud to support the bill – and was refused.

Yesh Atid also revealed that its negotiating team had made significant progress toward forming a coalition when it met with Yisrael Beytenu, Labor, and Blue and White on Monday morning.

Lapid told his Yesh Atid faction the chances of forming a government were still not high, but he would “leave no stone unturned” in trying. To that end, Lapid met personally on Sunday with Blue and White chairman Benny Gantz, Labor leader Merav Michaeli and New Hope chairman Gideon Sa’ar.

“In the coming days, I’ll do everything to form a government,” he said. “Anyone who wants to come and talk: My door is open. We’ll sit, we’ll talk, we’ll think together how to build the best possible government for the State of Israel and the citizens of Israel.”