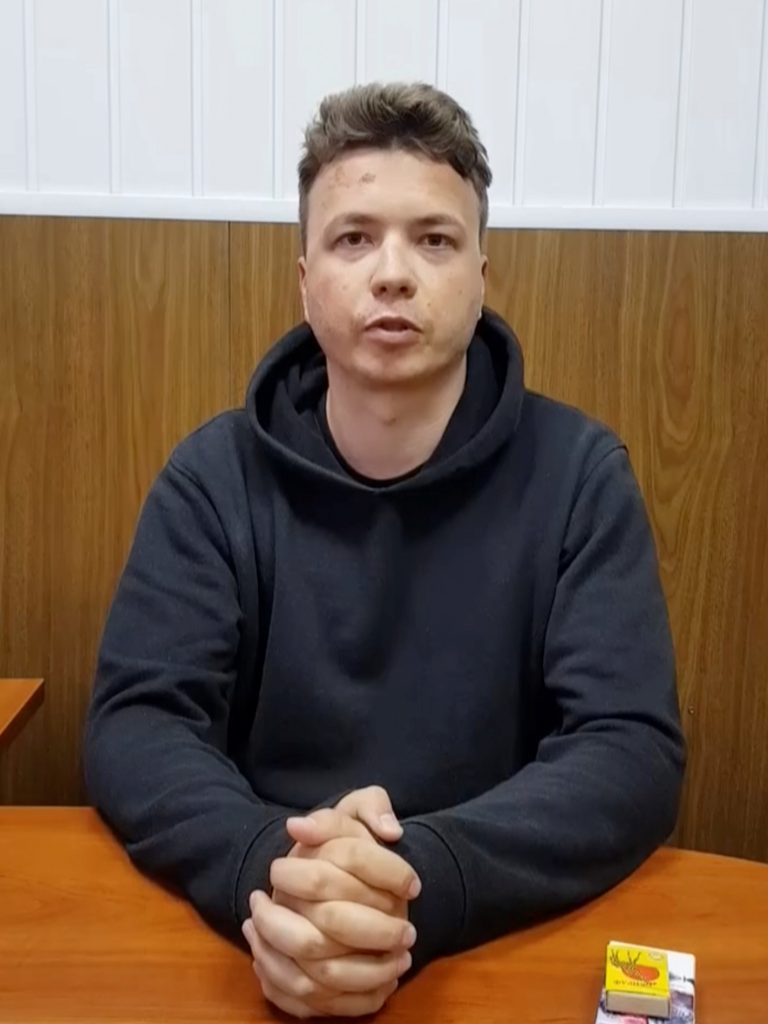 European Union leaders agreed on Monday to impose more sanctions on Belarus, including economic ones, called on their airlines to avoid Belarusian airspace and authorized work to ban Belarusian airlines from European skies and airports.

Meeting in Brussels, the 27 national leaders of the bloc demanded an immediate release of dissident journalist Roman Protasevich, as well as an investigation by the International Organization for Civilian Aviation into a Sunday incident during which Belarus forced a Ryanair flight to land in Minsk.

“We are closing our airspace to planes from Belarus and call on EU airlines not to fly over the country,” said the head of the bloc’s executive, European Commission President Ursula von der Leyen. “Further economic sanctions will be presented soon.”

The EU currently has a travel ban and an asset freeze in place on 88 Belarusians, including Alexander Lukashenko, and 7 companies, over Minsk’s crackdown on protests following a contested presidential election last year.