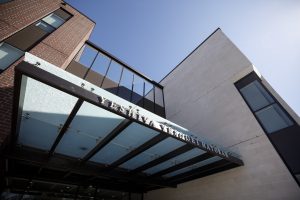 The Toronto Jewish community has been struggling in the past few weeks with a severe lockdown, due to Covid regulations. Schools have been shut down, and only prayer services have been allowed.

There has been much frustration throughout the frum community regarding the government’s uncertainty and double standard in regard to schools, out of fear and pressure from the public schools unions to remain closed.

After weeks of trying to negotiate with both the government and with Public Health, to no avail, Yeshiva Yesodei Hatorah (YYH), on behalf of other chadorim and day schools in Toronto, has launched a legal challenge, accusing Toronto and the Ontario government of harming the religious rights of its students by imposing an inflexible COVID-19 lockdown that fails to account for their unique religious needs and obligations.

In legal documents filed Thursday, May 20, in the Ontario Superior Court of Justice, Yeshiva Yesodei Hatorah (YYH) and a representative student seek to have the lockdown restrictions struck down. The case is expected to be heard within weeks on an urgent basis.

YYH argues that the religious and equality rights of its students and their parents were violated by a provincial lockdown regulation and a one-size-fits-all public health order, hastily imposed earlier this month, that failed to recognize the impossibility of providing adequate remote education and religious services to its unique school population.

YYH, similar to many other frum schools in Toronto, is a combination of school and a shul, receives no educational government funding and staff are not part of any union. Staff have consistently expressed an overwhelming desire throughout the pandemic to teach and provide religious services in-person.

Only children from families who accept the school’s rigorous adherence to religious principles and practices are eligible to attend. These homes reject the internet on account of the access it provides to destructive material that threatens the core belief system YYH seeks to instill in its students.

As a consequence of this bedrock belief, YYH cannot deliver its religious program through internet-based learning platforms such as Zoom or Google Meet. The current lockdown restrictions, in effect, require children to lose all meaningful access to religious services and observance in order to uphold core teachings and beliefs.

YYH’s legal application argues that the new order treats YYH and its students differently than other institutions that are permitted to host religious services. And the provincial regulation places the students at a tremendous disadvantage in that the only form of remote learning available to them, the telephone, is a grossly inadequate substitute.

Prior to the most recent restrictions (in the Toronto Medical Officer of Health’s s. 22 order), the schools were able to provide religious services to students in gatherings of 10. At the time, YYH was operating on a reduced schedule and in full compliance with the law.

However, under pressure from vocal community critics and some media outlets, political and public health officials crafted a new order specifically to foreclose this option. The new order prevents YYH from holding religious services in any area of the school that is normally used for regular school operations. Consequently, the yeshivah felt there was no choice but to pursue a legal challenge.

Adding to the frustrations of the frum community is the fact that although the number of weekly Covid cases has been dropping, and other venues such as golf courses, etc, have been allowed to open, there have not been any moves to allow the schools to open. This seems to indicate that there the best interests of the children and public health are not the primary concerns, rather, the closure is driven by political factors. Furthermore, while public schools have been allotted funding for remote learning, no such funding has been forthcoming to the Jewish private schools. 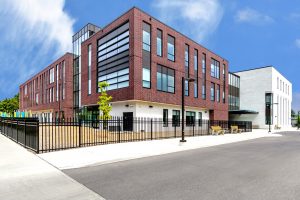 In related news, as reported by the Toronto Star, Bnos Bais Yaakov High School has launched a Charter Challenge in the Ontario Superior Court of Justice, similarly claiming that that the citywide public health order to close schools breaches their freedom of religion, as the students cannot pray and learn as they would like to.

The applicants, which include the school and a 16-year-old student, state that the she is “unable to exercise her religious beliefs as a consequence of the order,” according to court documents. As well, they say it breaches the applicant’s right “not to be subjected to cruel and unusual treatment” in the form of prohibiting school attendance of students who are unable to learn virtually, given their strict religious beliefs.

The school’s legal counsel, Ryan Atkinson, explained that the students in the school do not used internet or smart phones, and therefore cannot learn using these means. Furthermore, school’s philosophy is that the teachers model how to pray and study properly, something that cannot be done via virtual lessons.

Bnos Bais Yaakov is requesting to be allowed to conduct classes with no more than 10 students at a time. The school says it will require students to come from homes where both parents have received one dose of the vaccine, and wear masks. The school also has the capacity to provide approved rapid-antigen tests to its students daily.

The frum schools of Toronto are united in their desire to be mechanech their talmidim and talmidos in the best possible manner and beg that government to allow them to do so, undisturbed.